It's amazing what a really sunny day does. I have washed the cushion covers which don't look too attractive drying flat on a pink towel. 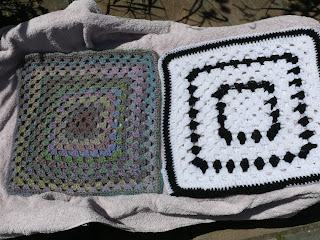 I have wet down some hats to dry flat - I hope the sun does not make them fade. 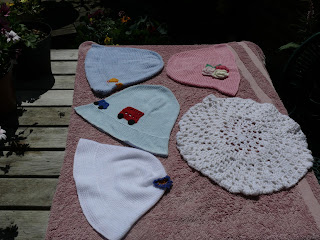 I have washed my beautiful drawn thread work table cloth. Ignore the rest of the washing please. 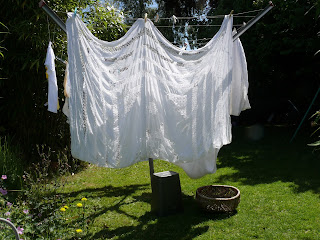 Only those of you above a certain age will believe that I have a big pot of tea towels boiling on the hob - this is not some weird way of making soup, it is what my mother and grand mother did to get really stubborn stains out!


I have actually done some crochet but I seem to be stuck in bunting mode: 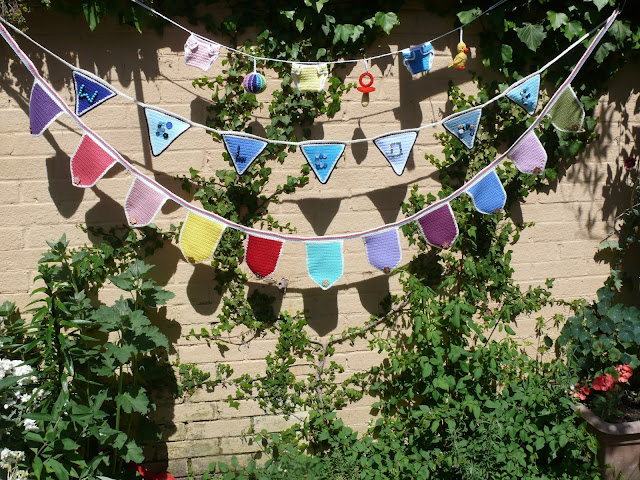 Baby bunting was inspired by a pattern in 'Love Crochet' magazine issue 18. 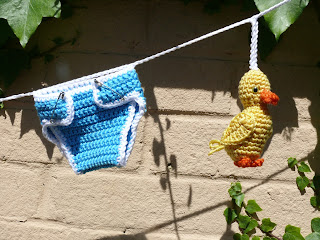 Can you have a rubber crochet duck? 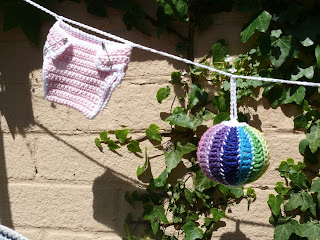 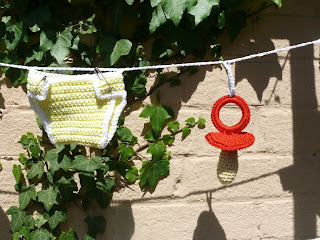 Dummies or are they pacifiers don't really look like this any more.


So then there is blue bunting: 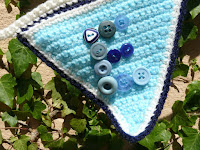 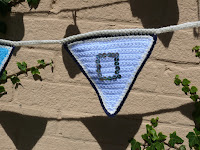 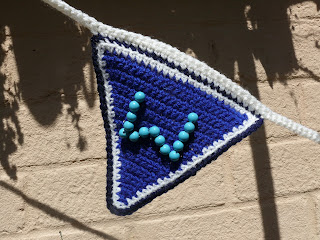 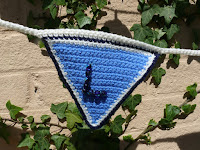 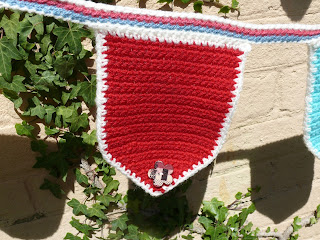 I think the breakfst bunting may not get any further than this and become another of those ' I will do that later projects'. 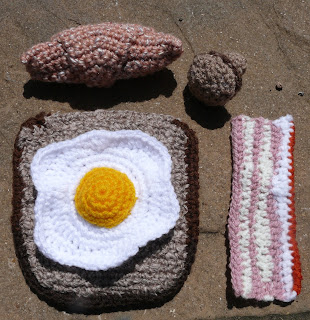 Egg on toast, bacon, a mushroom and the other thing is supposed to be a croissant. 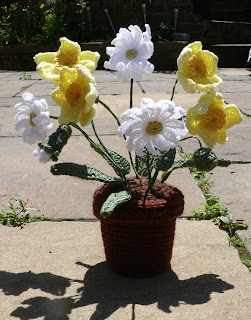 I have finished the pot of flowers which I like but I am worried that the flowers are wilting - I am sure that shouldn't happen with crochet flowers.

Posted by String Theory Crochet at 13:42