Lessons from the Wokingham fair and house pets.

The fair in Wokingham was very enjoyable although the publicity did not seem to have spread. This meant that , although there were lots of people about, they had not come out in spend mode. TIP: We did allright because we had lots of little things that people could afford to buy from loose change.
I enjoy meeting the people - well most of them! My  favourites were the Barkham Hookers who are making a huge picture using pixels made from tiny granny squares - we intend to contribute as the proceeds are going to the British Legion Poppy appeal. The other interesting encounter was the very elderly lady who went round the stall and bought about ten things which she blatantly admitted she was going to try to copy and sell up north. 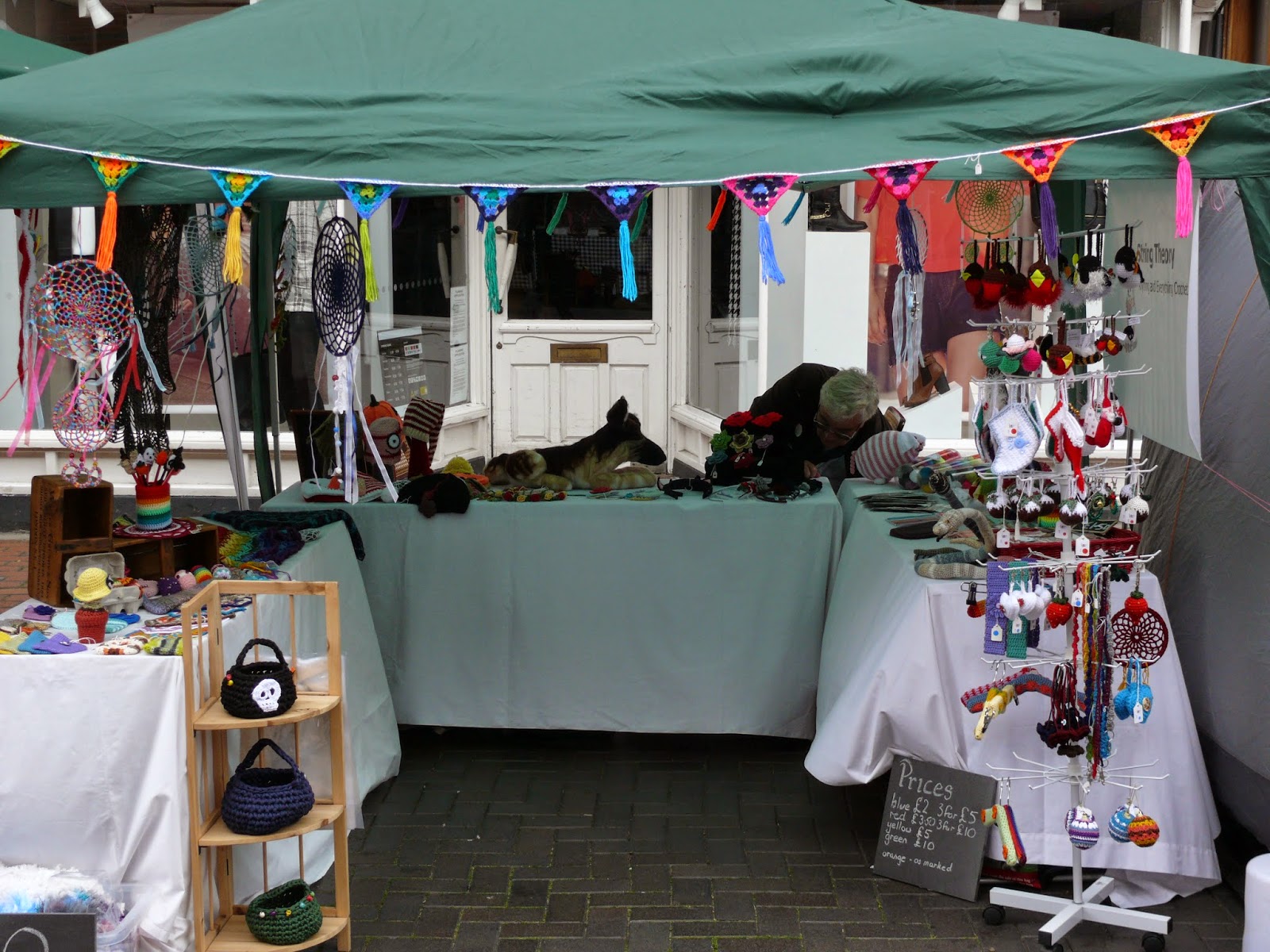 The stall with Graham trying to hide in the background. It does have a jumble sale look because I didn't have Vicky to do the artistic stuff.
TIP: Arranged like this people were a bit reluctant to come in until Graham used chalk to write 'come in' on the pavement! He'll probably be arrested any moment now/ 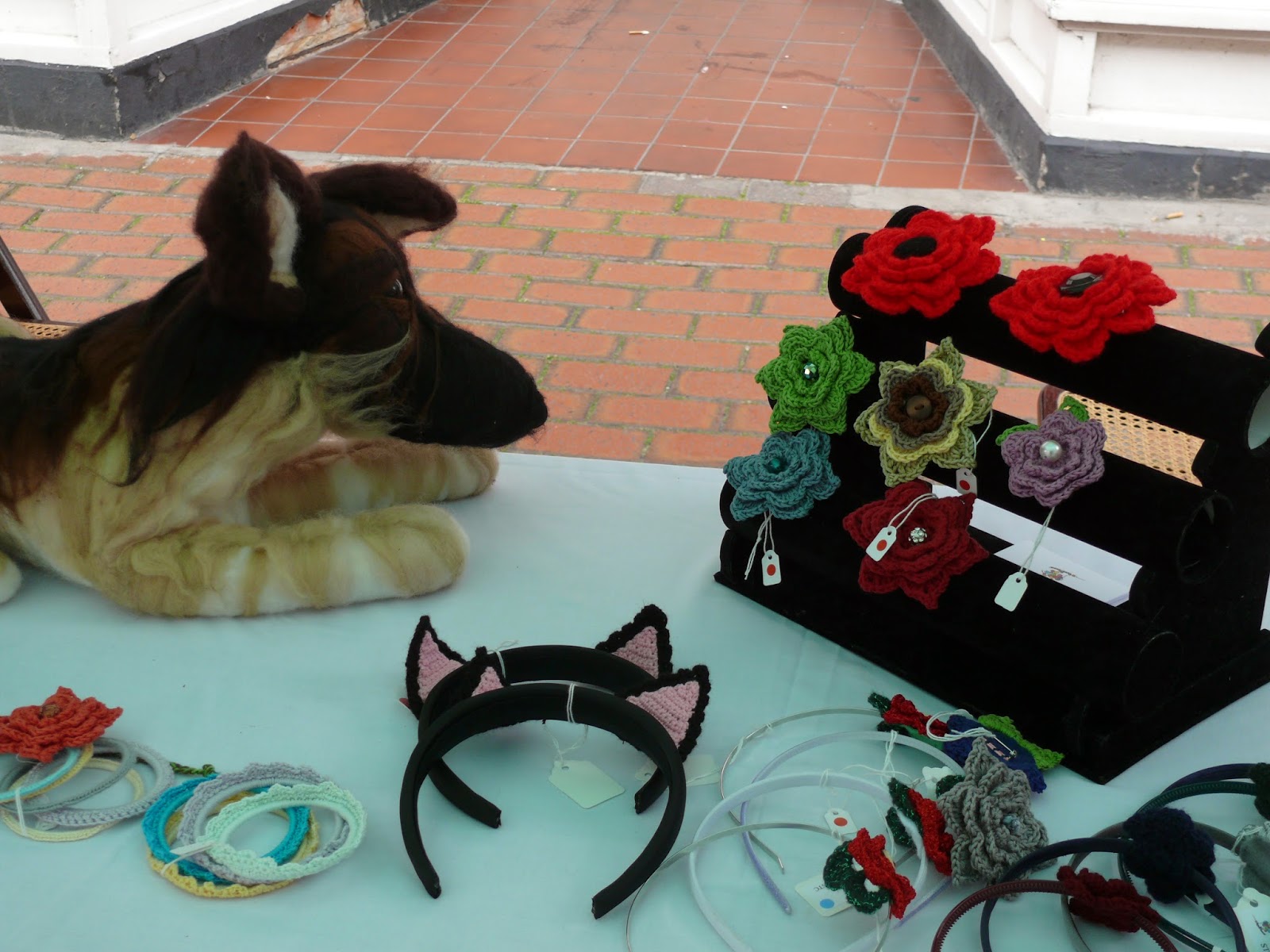 The alsatian was so popular with one lady that I had to tactfully move it to stop her stroking the fur off.

Flowery brooches which were not very popular so
I shan't make more of these for a while. 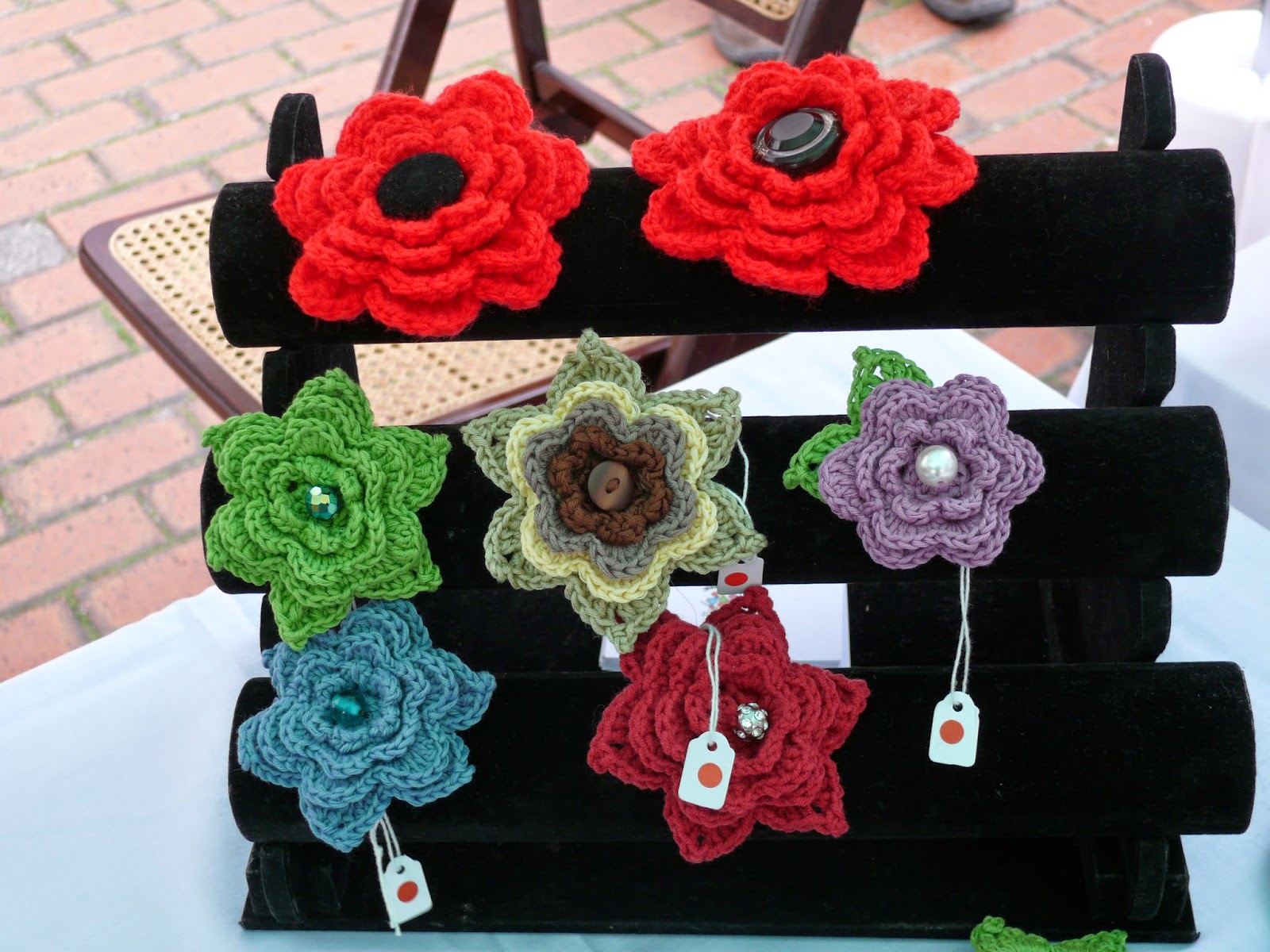 Having been engaged in preparation I have neglected the house more than usual so I decided to attack the cobwebs. IF YOU ARE AN ARACHNAPHOBE LOOK AWAY NOW!
I found this in a dark corner of the hall and even when a giant with a camera came along she was going to stay with and try to protect her babies. 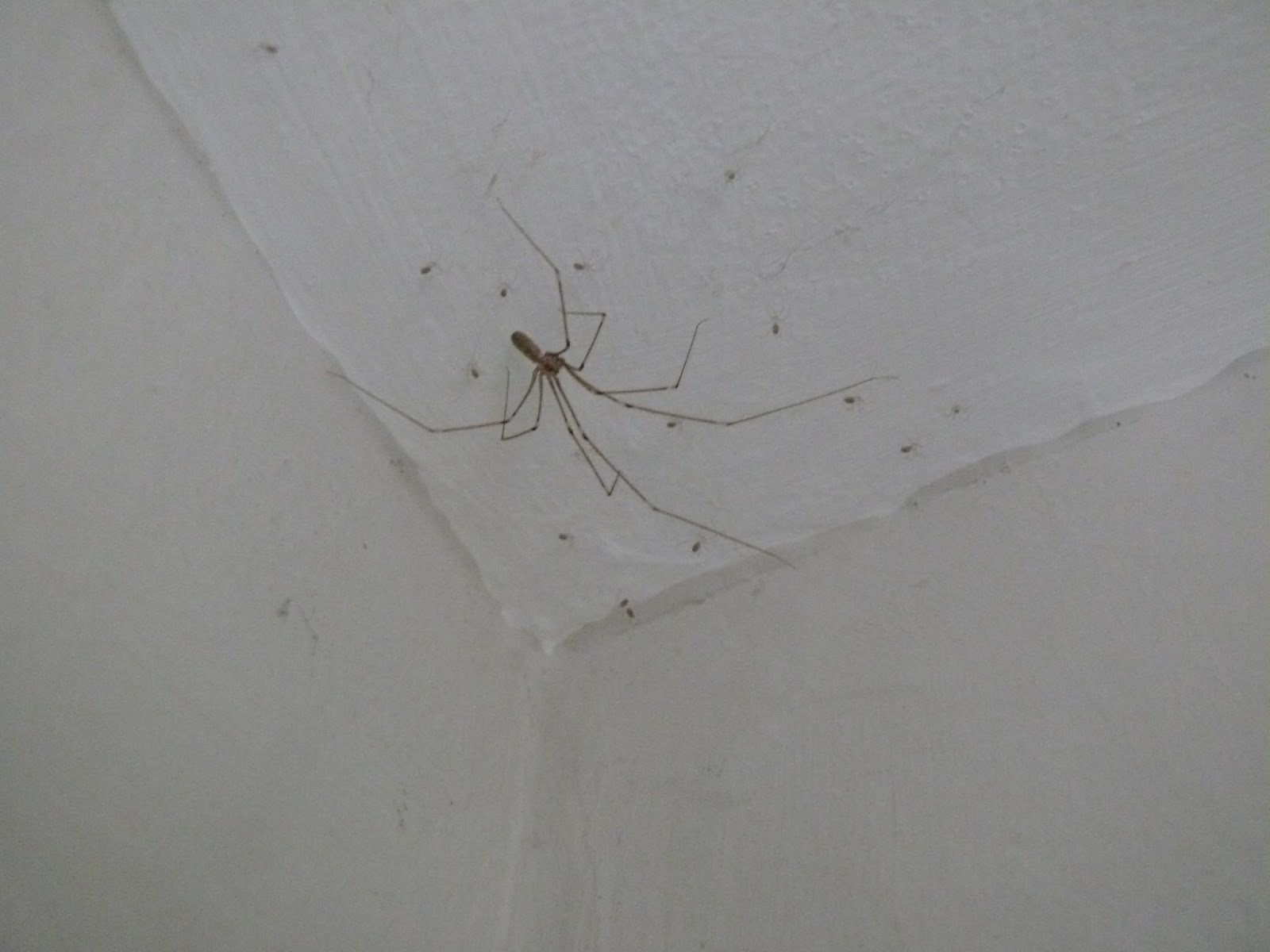 I must go and see if they have gone so that I can at last clean that corner!
Lynn
Posted by String Theory Crochet at 09:56