A crochet discovery after 50 years, back copies of magazines and a very large friend.

I am supposed to be an intelligent woman but sometimes I wonder! I like the effect of joining motifs together to make all sorts of things and I have often looked at those throws and bags made from motifs that join only at a few points. But I have shied away from them because I couldn't face the sewing together. There are those of you who are by now thinking why doesn't she join them together as she went along? This is the thing had never thought of it. even after more than 50 years of crocheting! I have a subscription to Inside Crochet magazine and I often get out back copies and look at them again. I found the 'Primrose Throw' in issue 47 which I really wanted to try so I read the pattern and discovered that you can join the motifs as you crochet!!!! 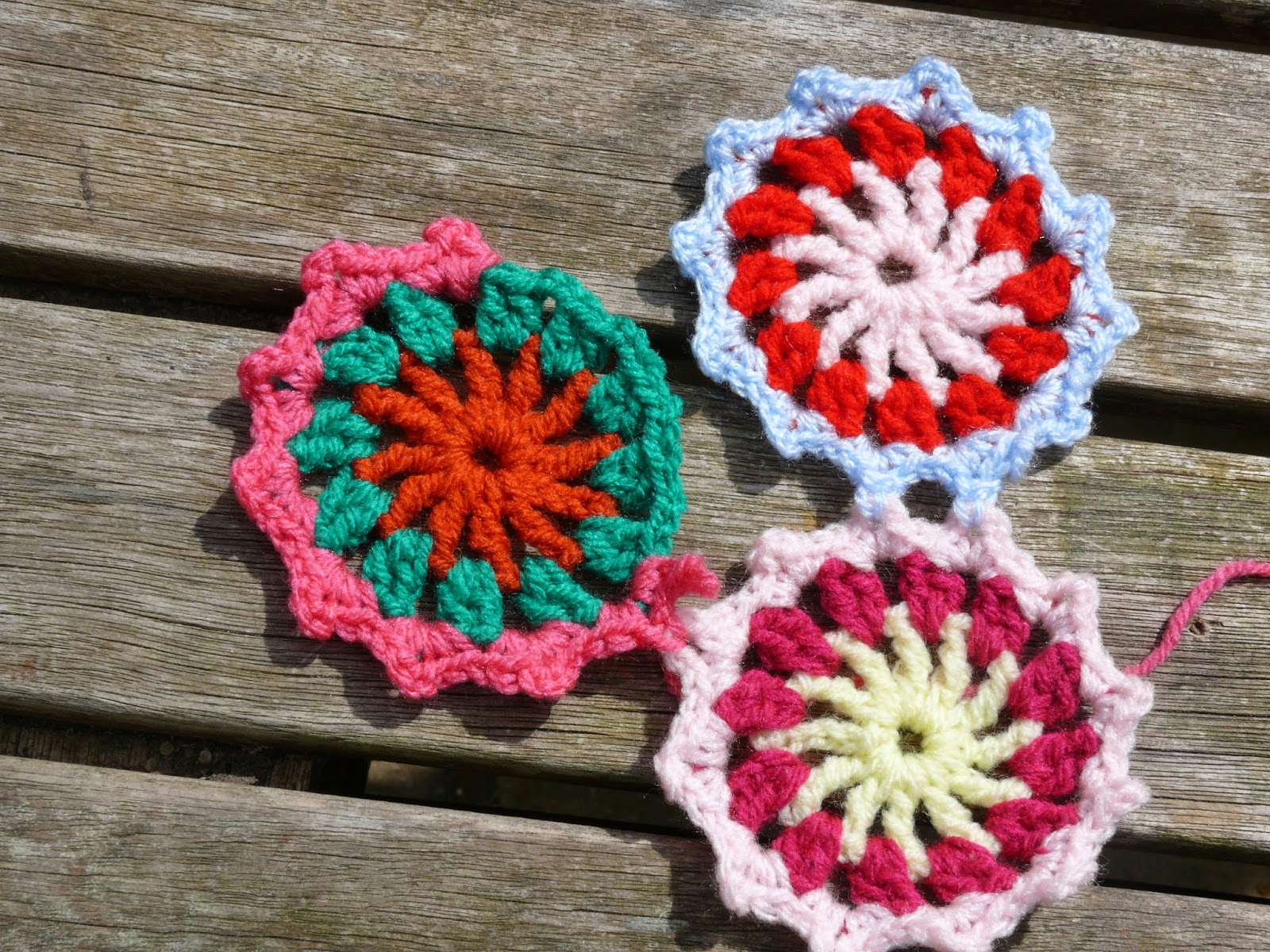 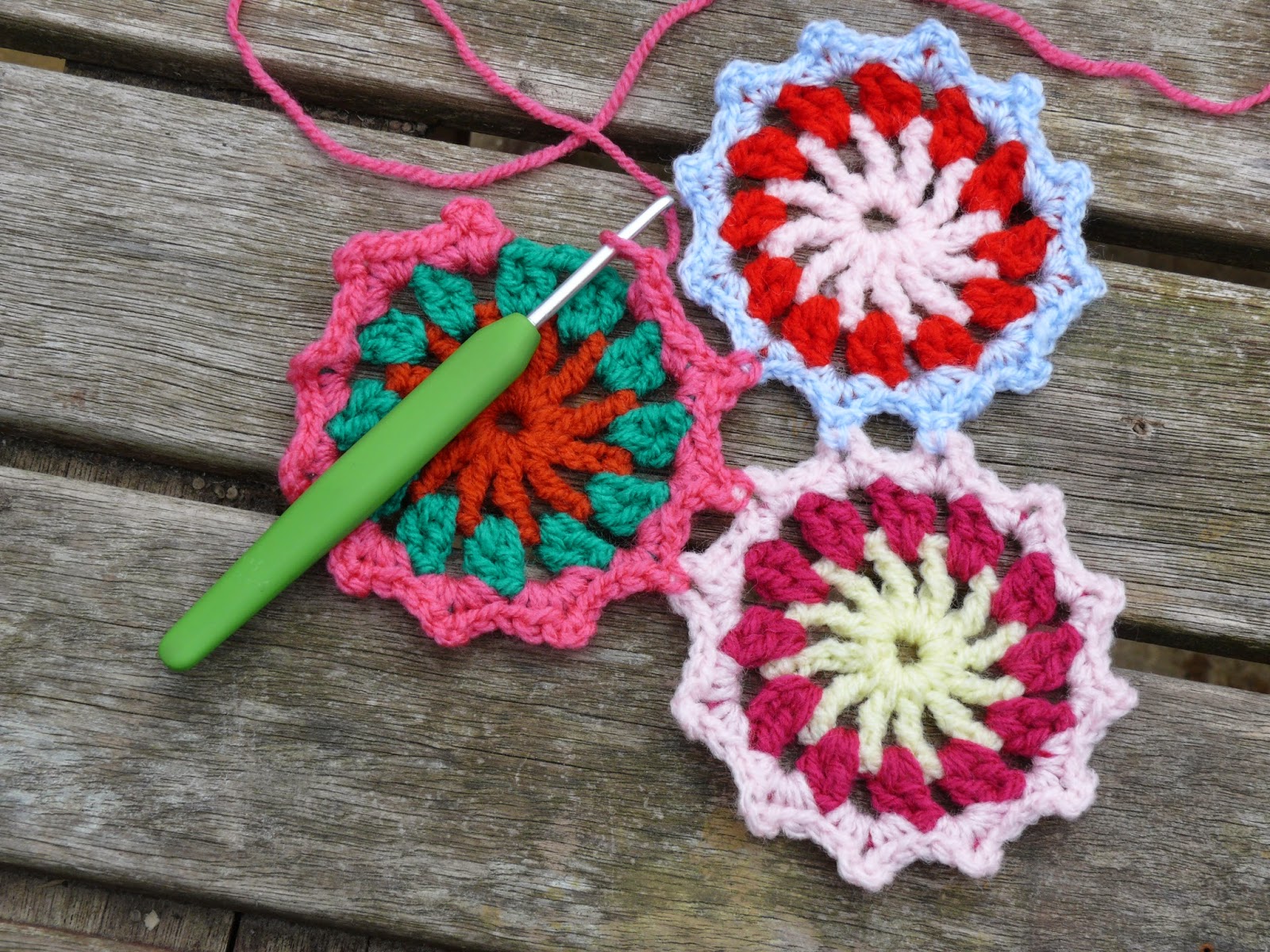 So if you join the shapes together as you go and you crochet in the ends as you go, the piece is more or less finished when you think you have finished if you see what I mean.


Another co-incidence was that yesterday Vicky gave me some lovely brightly coloured double knitting yarn which I really had to try immediately. So having recently looked through my magazines I remembered the matinee jacket in issue 42 and so  made this. 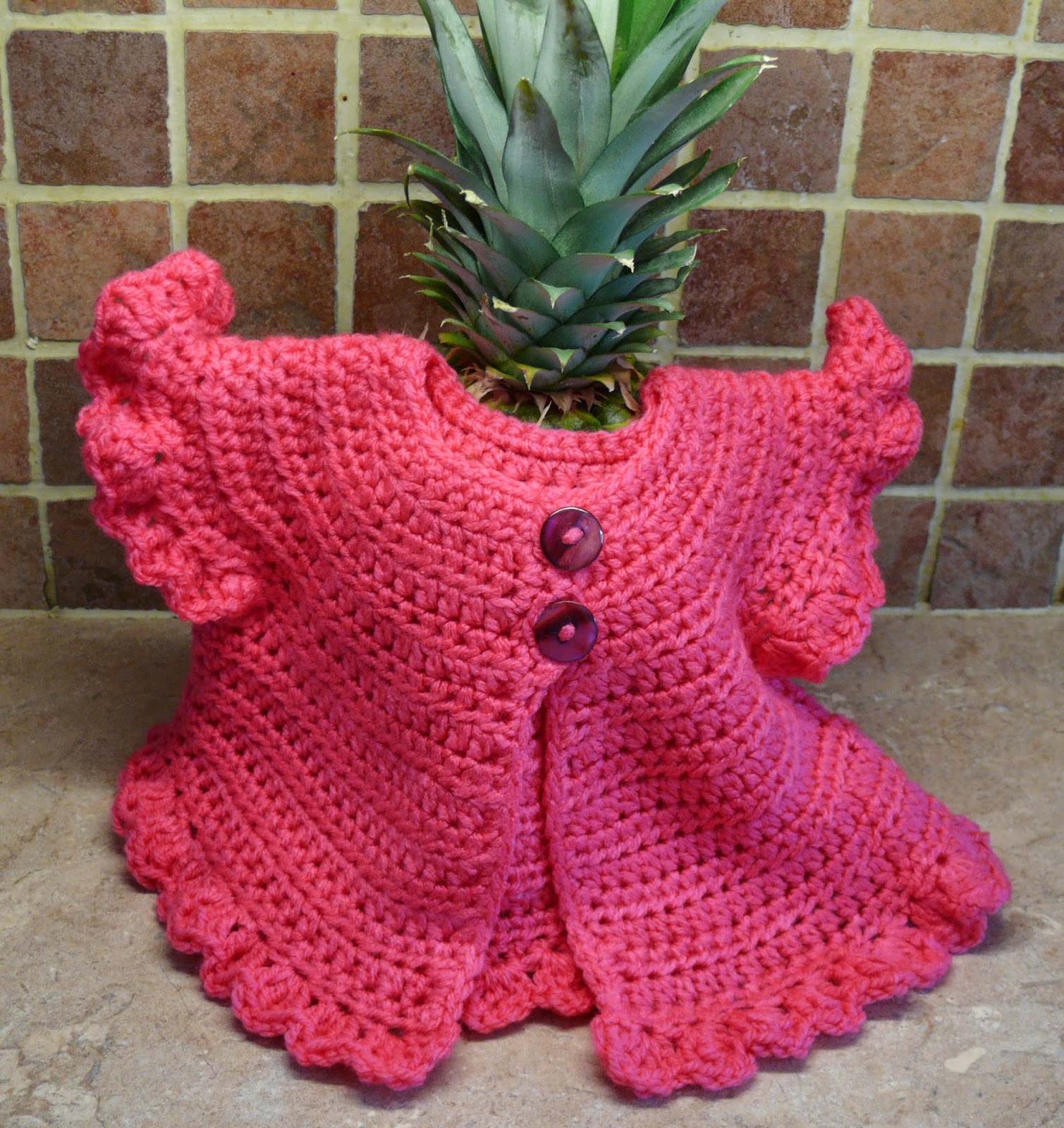 It is a sweet little sleeveless jacket for spring/summer. You can make it in various sizes but I chose the smallest because it was just an experiment.  Once again I tried to improve my photography by using a pineapple but it makes it look like some kind of animated clothing from a ghost film!
These buttons are gorgeous though made from a deep pink mother of pearl. 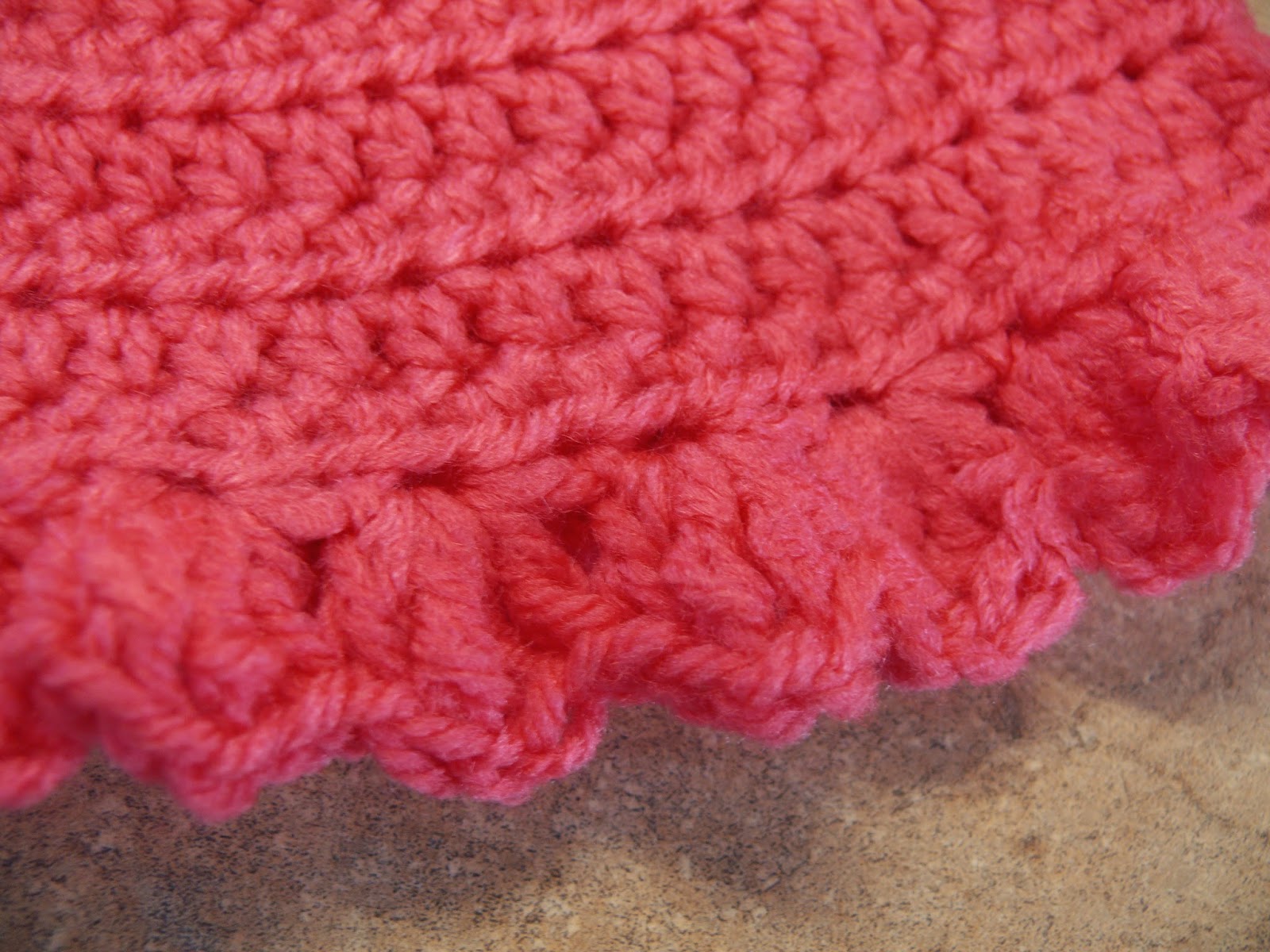 So while I was looking through back issues of Inside crochet I remembered another unfinished project. I had run out of yarn so I put this aside while I waited for more to arrive. 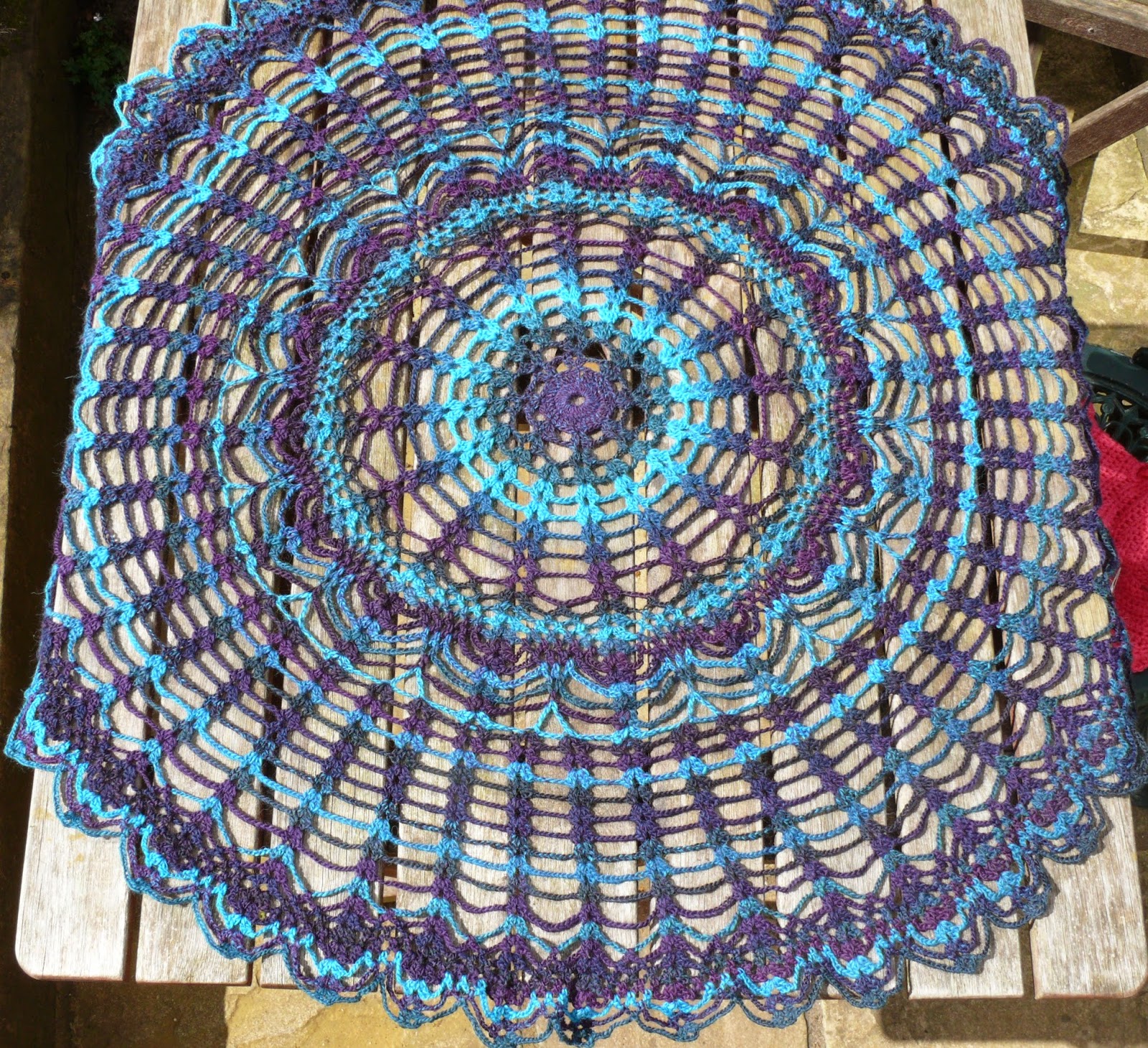 It is nearly the pattern from issue 49 made using Drops Delight yarn which is 75% wool and 25% polyamide
and yarn thickness group A. I think this pattern suits this yarn better than the last one I made.

Finally this week a character that most people will recognise. I made him from all kinds of yarn and he is nearly a metre long. 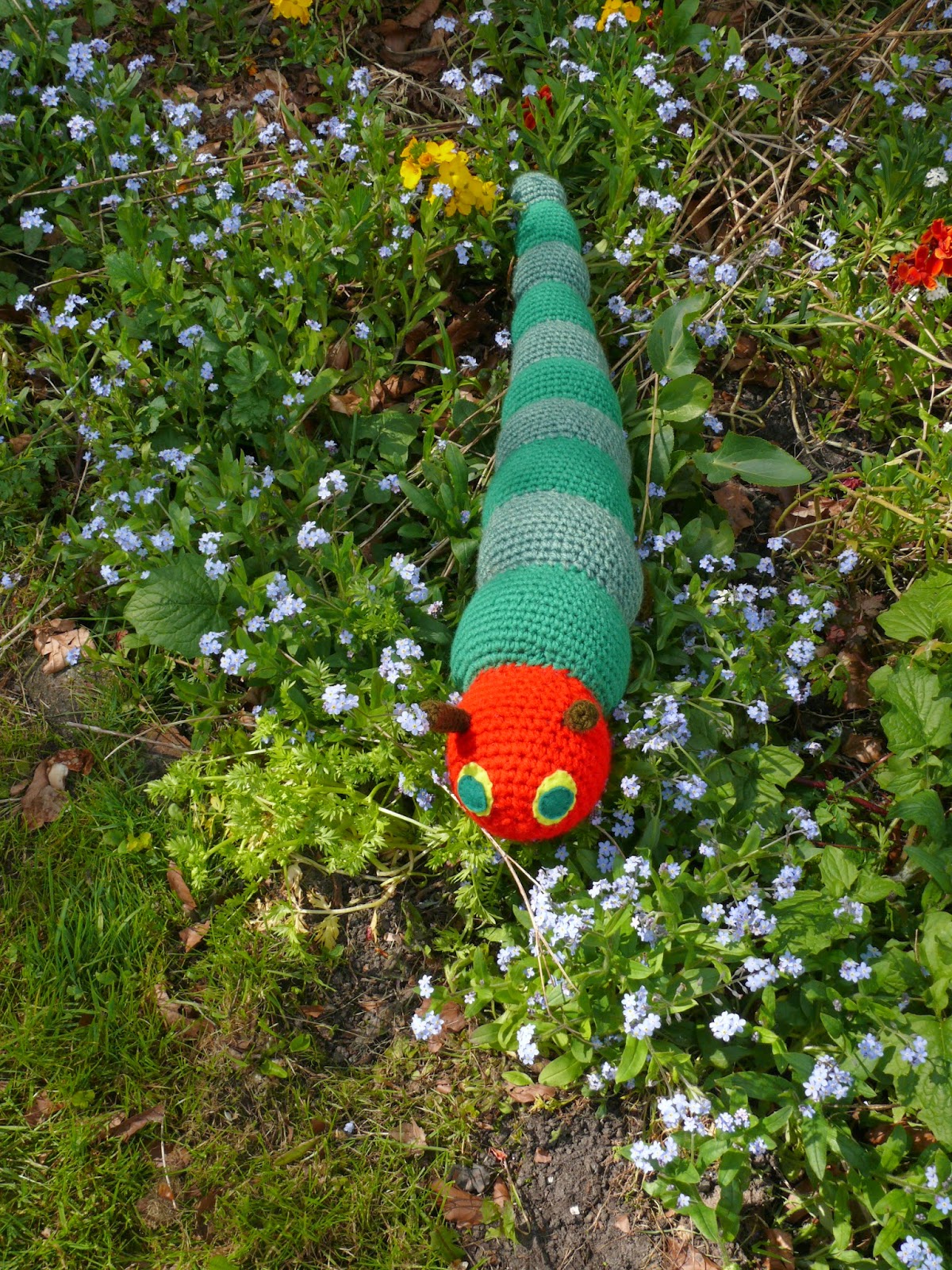 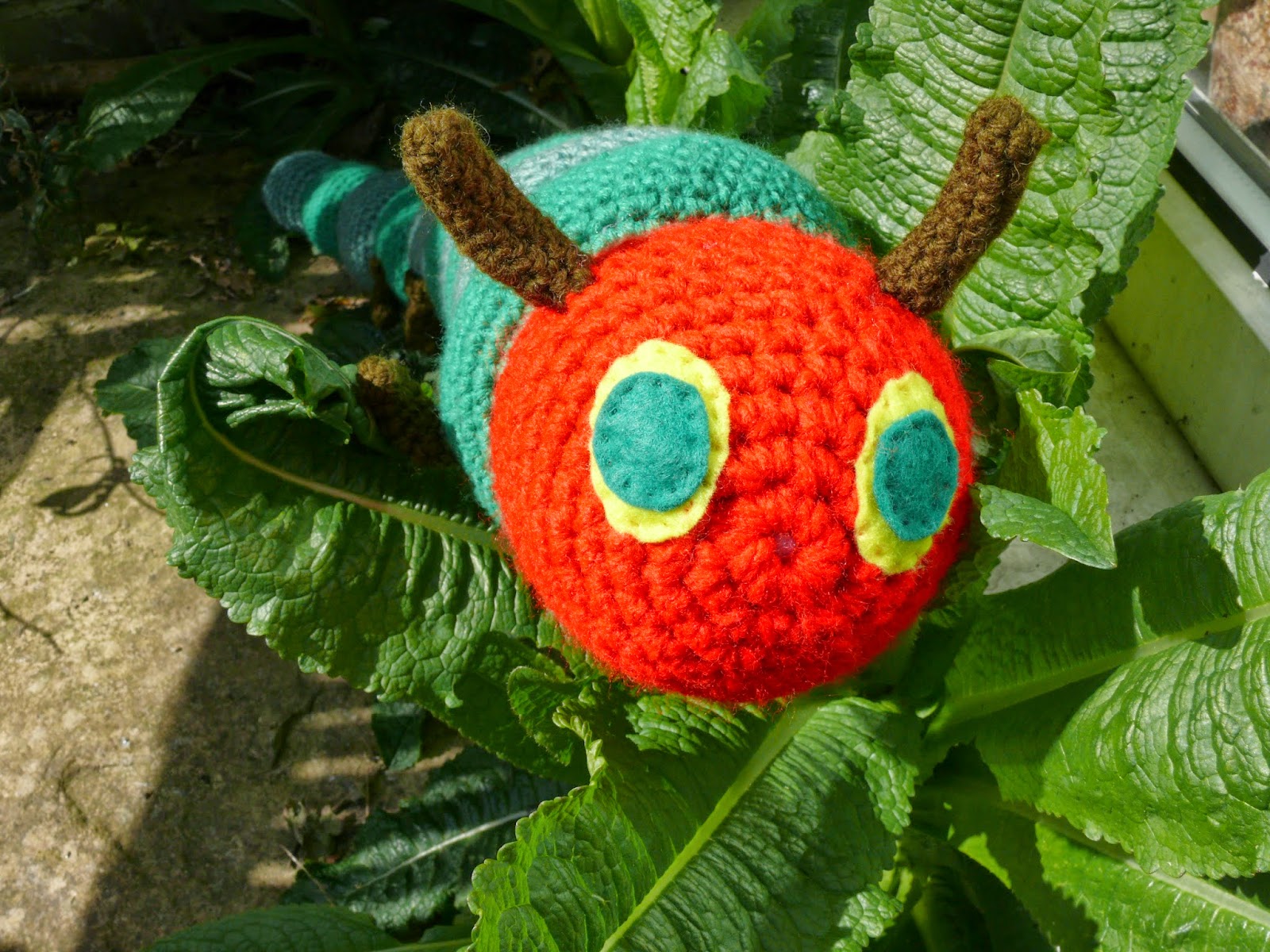 Then he ate 27 teasel leaves. But he was still hungry

I have blue tits nesting in my bird box and when I started taking pictures of this creation they obviously thought all of their Christmases had come at once. They never would have got it through the tiny hole in the front of the box though!
Lynn

Posted by String Theory Crochet at 22:45