Finished at Last, Cat and Owl and Giant Buttons?

I have had a few days of trying to finish off small projects because I have some ideas for Easter stuff and I don't want to start anything new until I have cleared the decks a bit. 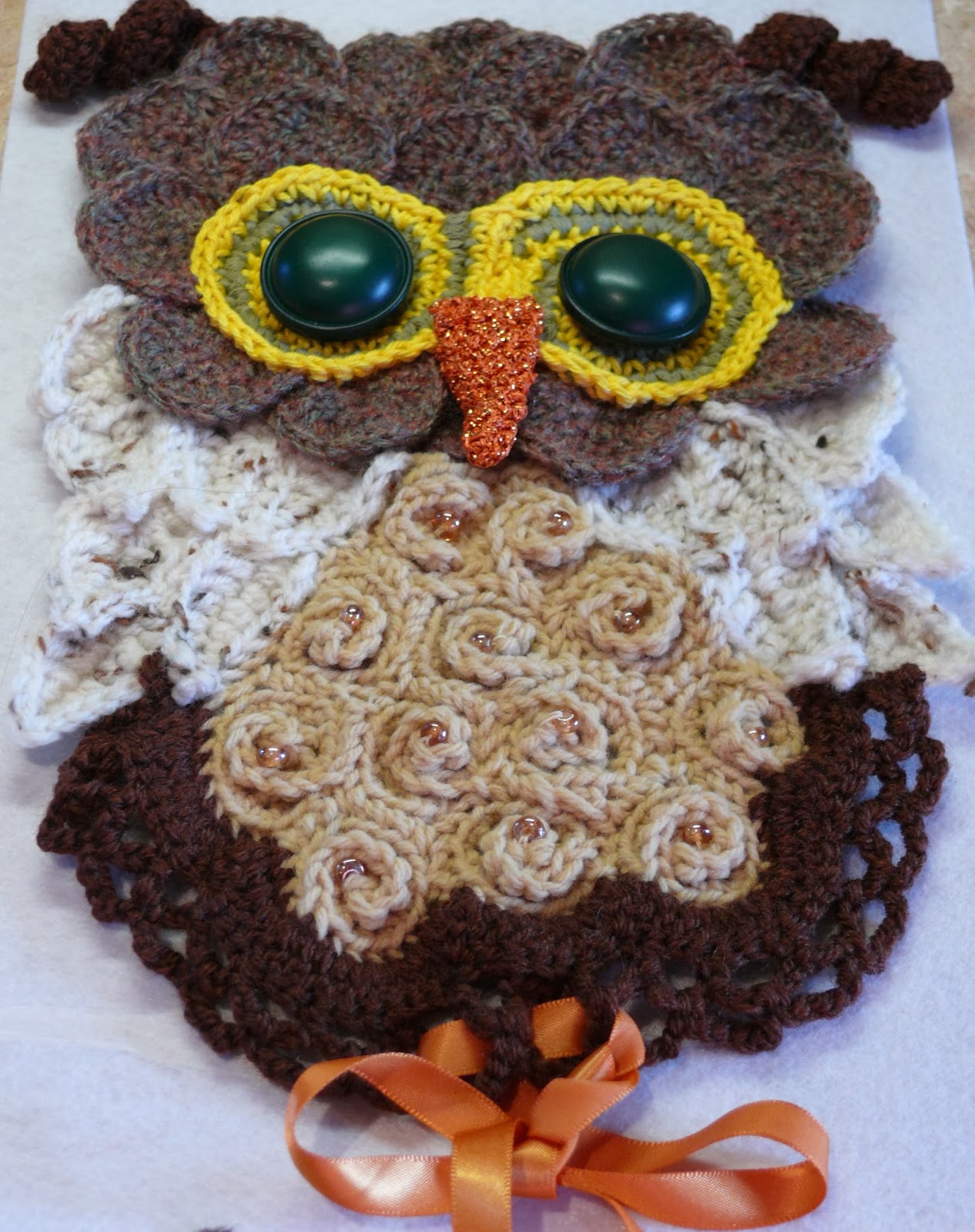 Here is the completed owl. She is a bit lopsided and one eye is bigger than the other but that is the nature of hand made things, especially made using this technique. I am very pleased with her and I think I might even attempt to frame her and put her on the wall. I have struggled to hold all the different pieces together before stitching them but I had a lucky find, in a charity shop yesterday, in the form of a large cork board. So in future I will be able to pin the pieces in place before I start sewing. 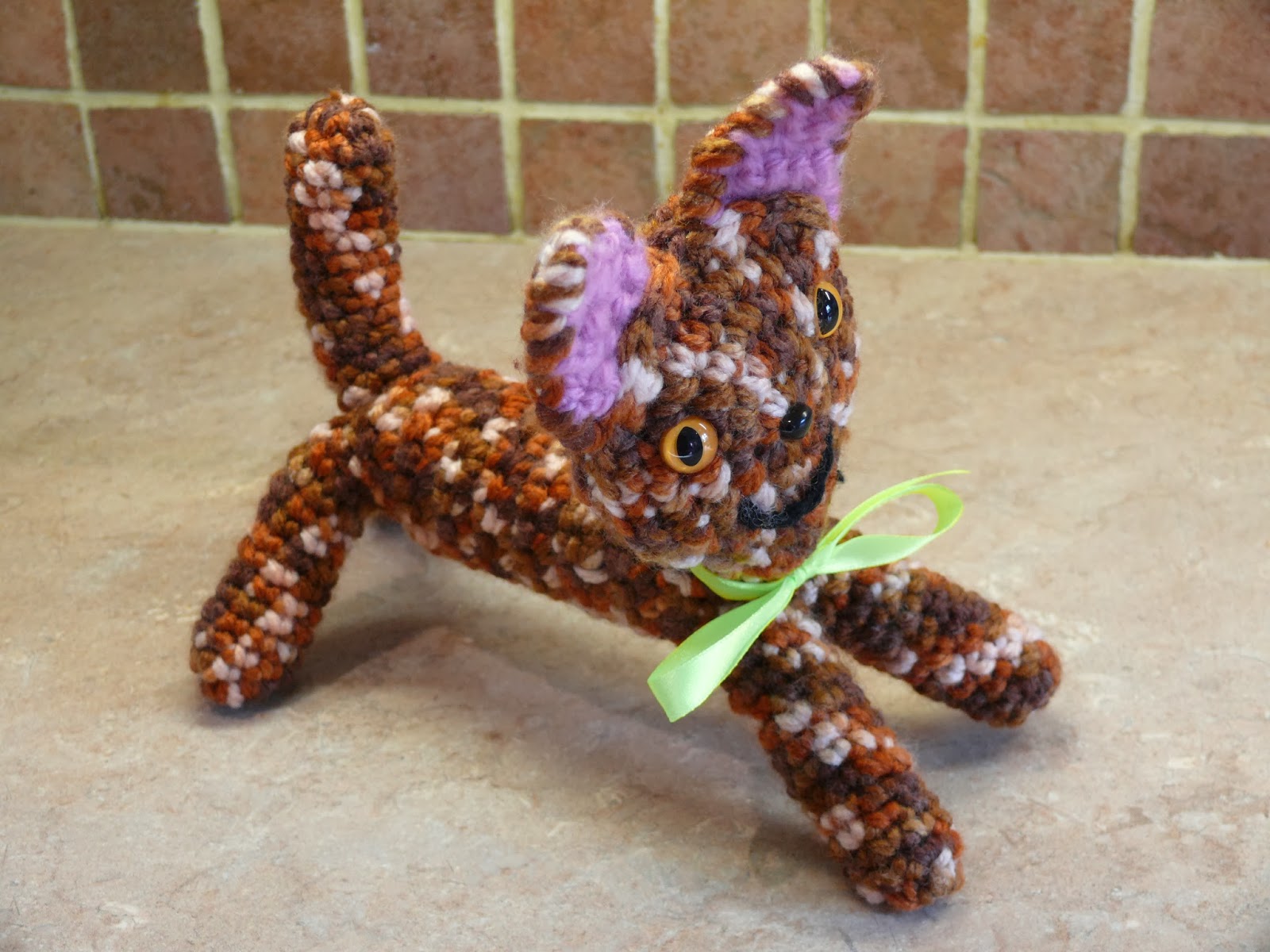 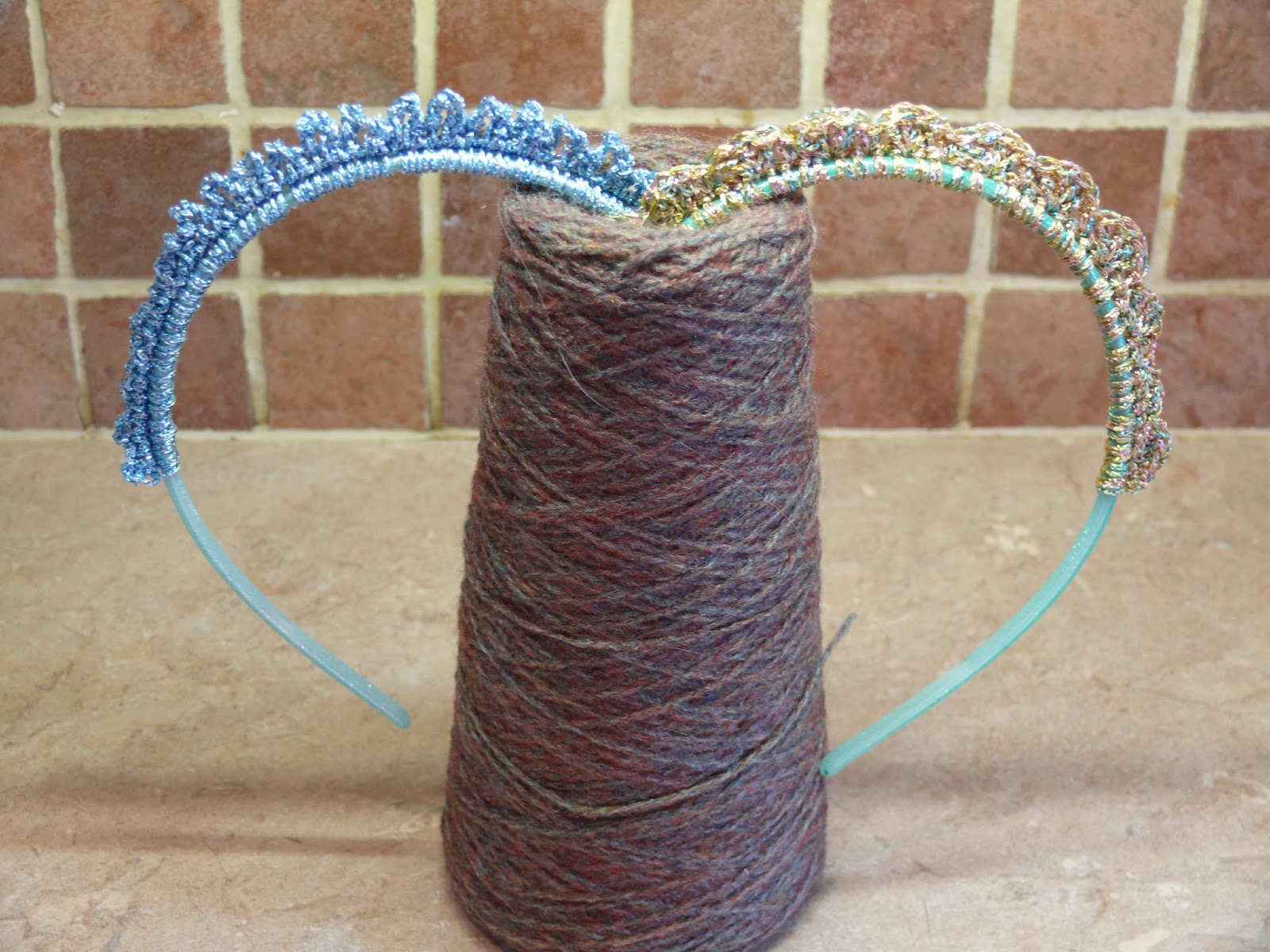 This is another thing that has been sitting in my head ever since I made those hair combs. For little girls, these hair bands are like tiaras.They are made of especially sparkly yarn for dressing up purposes. I suppose you could do a more elaborate form of these for weddings?

My conscience is now clear - only two large projects on the go, most of the small ones are finished - I even sewed buttons on the tablet covers!

Again I want to share with you my appreciation for the way my family all help and support what Vicky and I do. I have said before that my Dad (aged 92)  buys yarn for me whenever he can, his partner Ellen (aged 95 nearly) is full of suggestions for what we can make, she takes our business cards to her whist club and never forgets to ask about the crocheting when we speak on the phone. Graham has taught himself to spin, he  also removes beads from old jewelry for me to use ( see the owl above), he winds wool and he actually enjoys untangling it. Matthew is always a source of encouragement and an honest opinion, which I value. However I sometimes think he has not quite grasped what we do. He has had a lot of trees blown down where he works so I asked him if he could cut me some disks of nice wood to make buttons from. 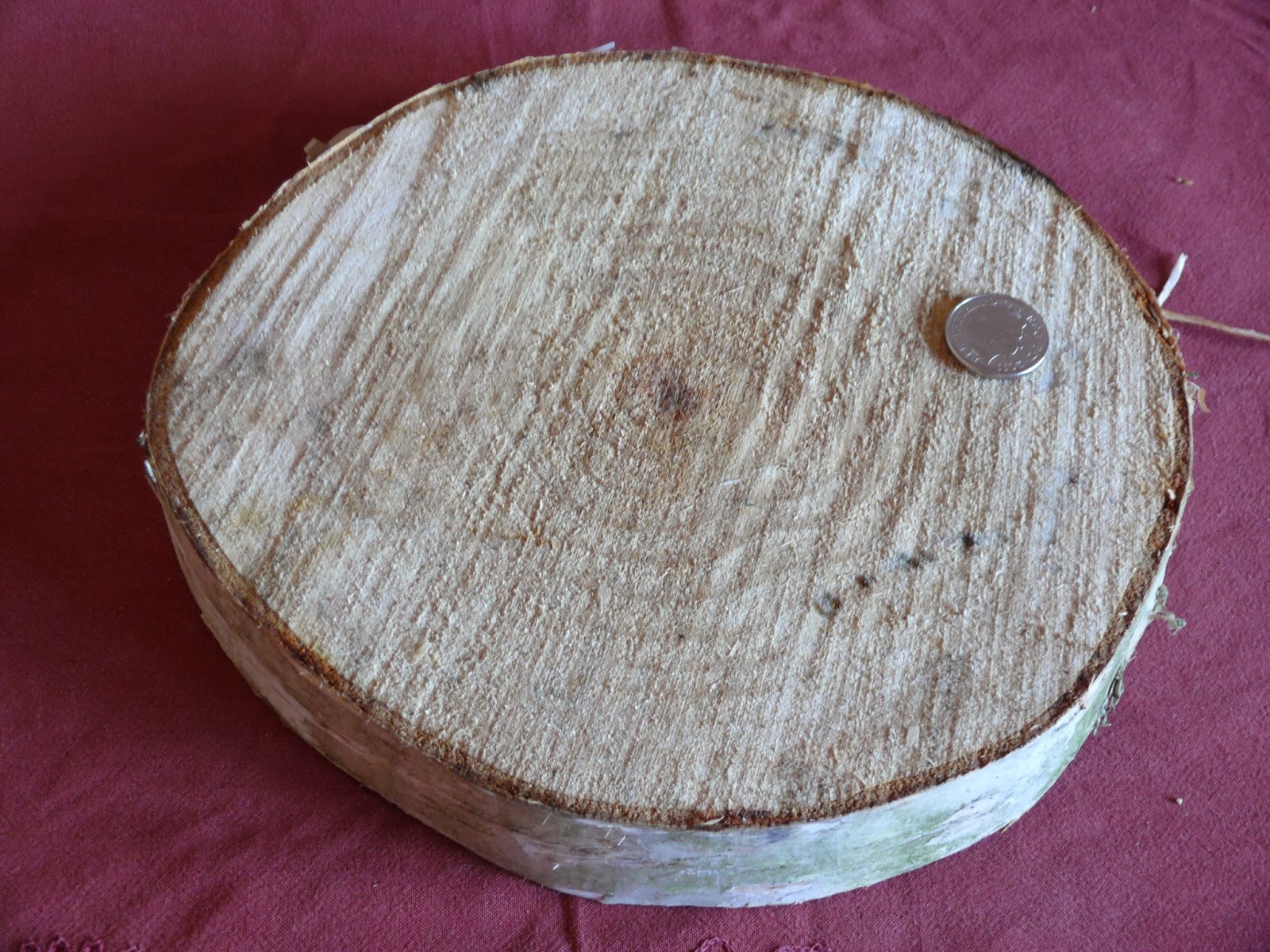 This is what he made - I have twelve of them - they are about a foot across and an inch and a half thick and weigh about 10 pounds each. I suppose I could make buttons from them if anybody knows any giants.
Still I am grateful for the time and effort he put in and I will find a use for them in the garden probably
Lynn.
P.S if you want to find out more about free form and scumble look here where there are beautiful examples and lots of links to more.
Posted by String Theory Crochet at 10:30