Not long ago I was accused of having copied someone's friends pattern. I was stung as I knew I had designed the bees several years ago. Anyway it turned out to be the other way round.
The number of times we see a post  and say, "But that is what we were making last week!"  Even on occasion a magazine seems to be using  our ideas.  But the incident got me thinking about how such things can happen.

I suppose with simple things it is possible for several crocheters to come up with the same idea. So you see lots of lady birds, bees and mice for example.  The patterns and the finished objects are sometimes very similar. 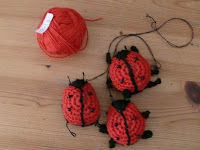 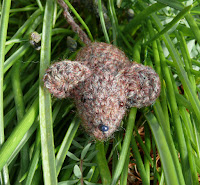 We sell and our patterns and give users full permission to sell anything they make but not to share the pattern. Examples:

We also share our patterns there are free patterns
in the files above. This one has proved amazingly popular. 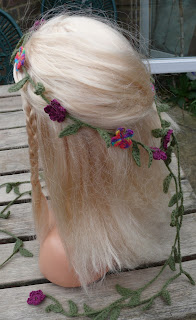 We also claim we can crochet anything. As you become more experienced you begin to be able to look at a picture and copy it:

You will see lots of these all made by different people but not copied from each other. Mainly copied from their children's favourite book. 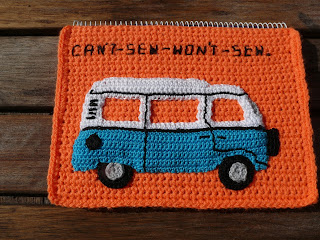 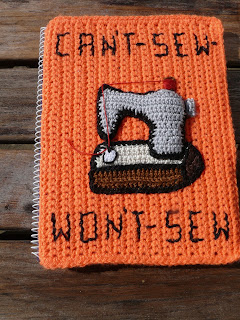 Then we get commissions, in this case for book covers. Both of these are made from pictures.


As are the next two. 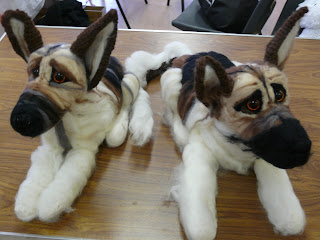 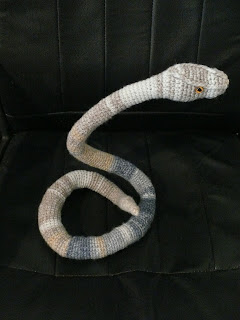 What has all this got to do with copying? I think sometimes you look at crochet in magazines and online and an idea gets lodged in the back of your head. The idea re-emerges later and you make it, thinking it is your own original idea.

I suppose that there are people who copy others designs deliberately but we have concluded that imitation is the sincerest form of flattery and we will always tell ourselves a copy will not be as good as any original we make!

Posted by String Theory Crochet at 20:59