Character of crochet creatures and this weeks makes.

The other day I came across this gorgeous velour yarn in my stash. Perfect for christmas. 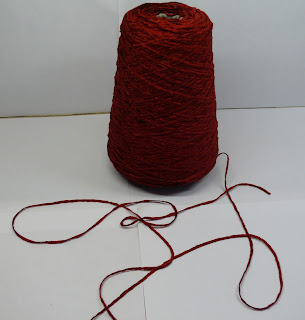 I had already made these  Ferrero Rocher cosies and needed a change so I decided some robins, using the velour, would be next. 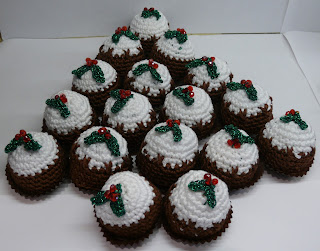 I some how made a mistake ( not a rare thing ), it must have been a particularly exciting biscuit box in the Bake Off that caused the lapse of concentration. This is the result 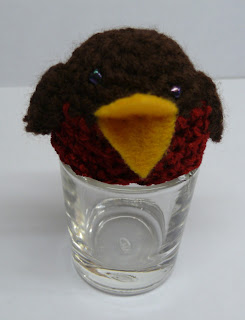 One eye too high and his beak is twisted but he is somehow loveable. Got me thinking about how character changes in apparently identical hand made things. An example: 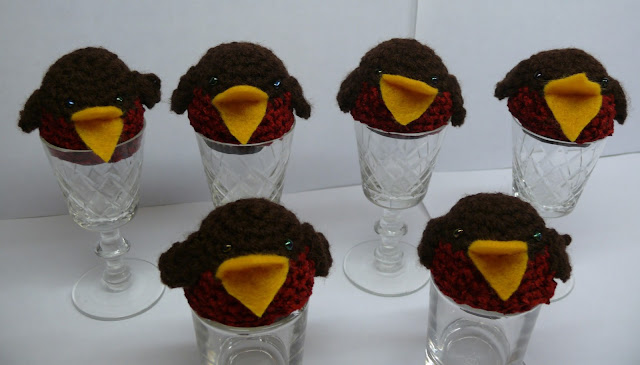 It would appear that eyes closer together makes these robins look cuter?

Then there is Socrates the shark 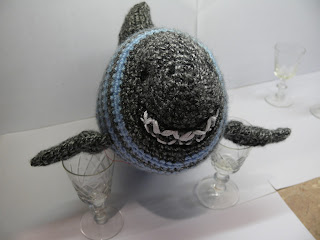 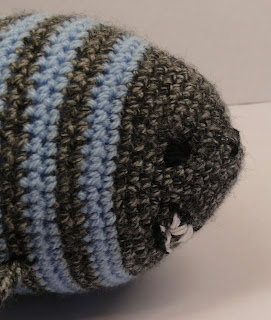 In spite of all the teeth his smile makes him friendly.

How about the mice? Why does the one on the left look as if he is really having to think about the world and the one in the middle looks slightly drunk? 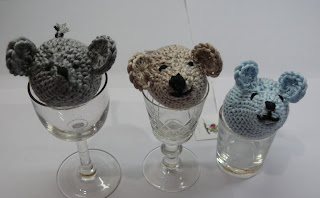 Then there is everyones favourite - the completely mad penguin: 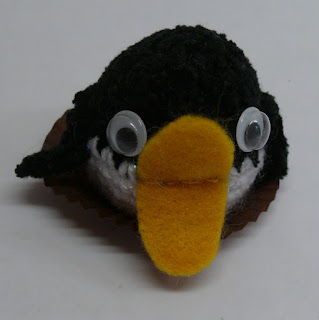 For me one of the joys of making creatures is seeing who will emerge when you give it a face. I never seem to be able to produce two which are the same.

In other news of grown up crocheting. I have finished the cowl and this is most definitely my favourite make of the week 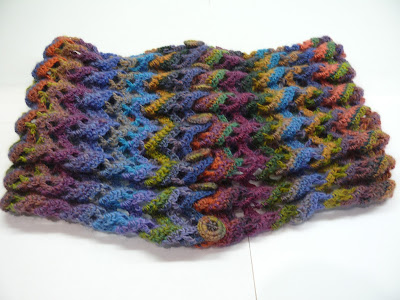 Because of the concertina effect it is very versatile - I have found ways of using it as a hat, a hair band, open it is wide, narrow closed, with collar if some of the buttons are left open etc. 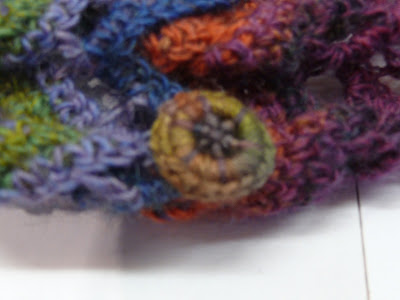 I even made the buttons, my mum used to say hand made buttons made things look expensive, her way of saying it gave a garment class.
Finally, reflecting the last blog, a pair of mittens from a pattern in 'Crochet' magazine - I think it is issue 1. 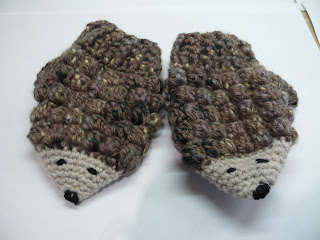 Even here one looks as if it is sleepy or smiling and the other looks a bit surprised. Ah well it does show they are not machine made I suppose or it could simply be that I am not a very good photographer.
Lynn

Posted by String Theory Crochet at 11:31