I know Mums are supposed to teach their children things but since Vicky started to crochet professionally I have learned so much from her! One of the most useful things she has shown me is the thing called the magic circle or sometimes the magic loop. So here are some one row patterns two of which are based on the magic loop:
For them all I used 4 ply cotton yarn and a 2.5mm hook but, as with all my patterns the yarn is not critical as long as the hook you use matches to give a nice firm fabric.
FLOWER
Make a magic loop: 2ch work one treble into the circle, 2ch, ss into the circle. This forms one petal and can be repeated as many time as you like. I have repeated it 4 more times to make 5 petal flowers. Pull the loop closed.  Then I have sewn a bead into the centre of the orange flowers and made some leaves.
HEART
Make a magic loop: 4ch then into the loop work 2tr, 2htr, 2dc, then 1ch, then into the loop again 2dc, 2htr, 2tr. then 3ch and a ss into the loop. Pull the loop tight and you should have a tiny heart. (Vicky showed me this as well)
LEAVES.
Ch 8, turn and ss into second ch from the hook, working along the chain make 1dc, 1htr, 1tr, 1htr, 1dc, 1ss.
You should now have a single leaf which you can use as it is  but if you want a pair of leaves work another 8ch without breaking off the yarn and repeat the pattern. You can do this as many times as you like: in the picture there is one set of four leaves and one set of two to show what I mean. 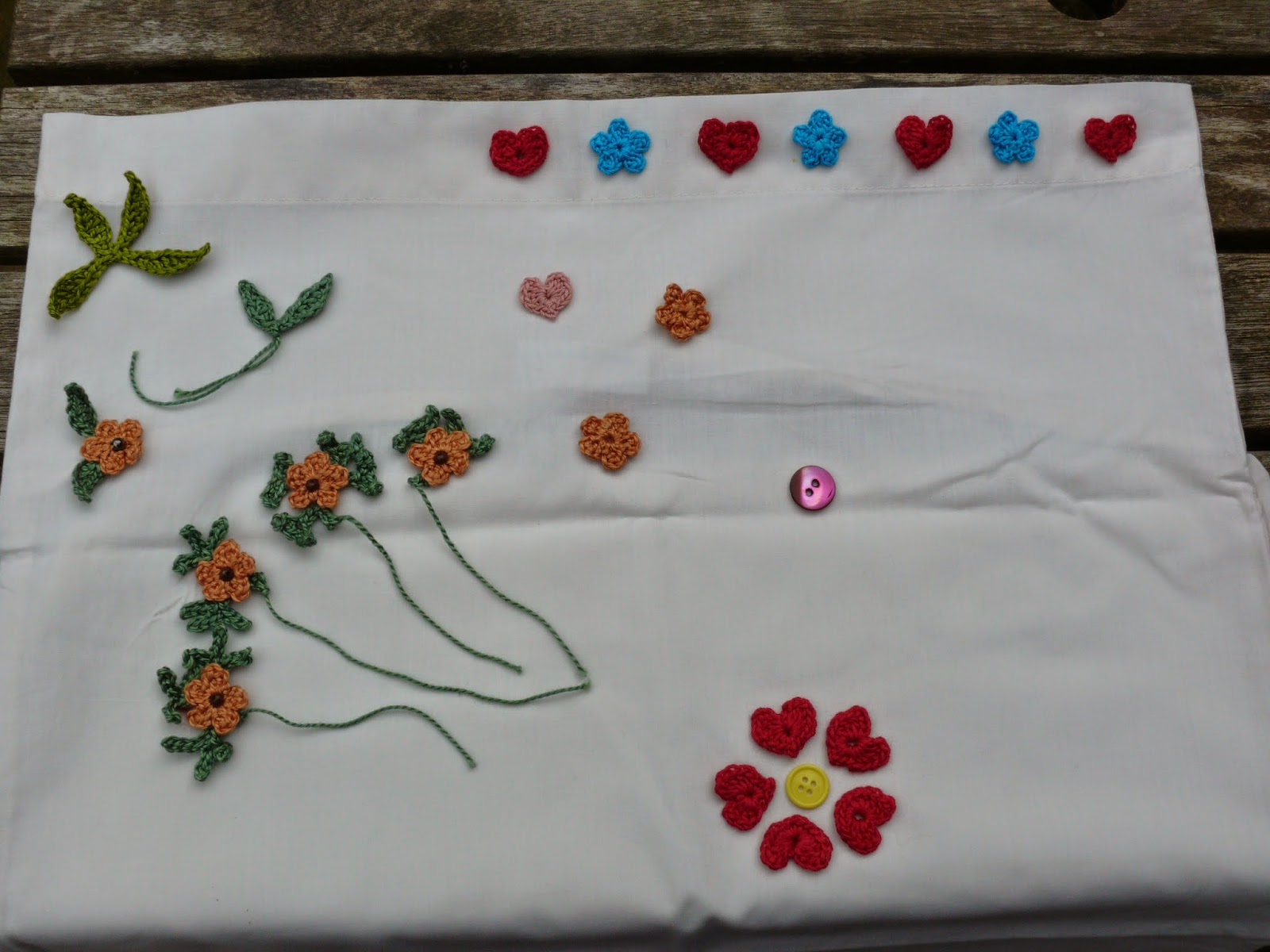 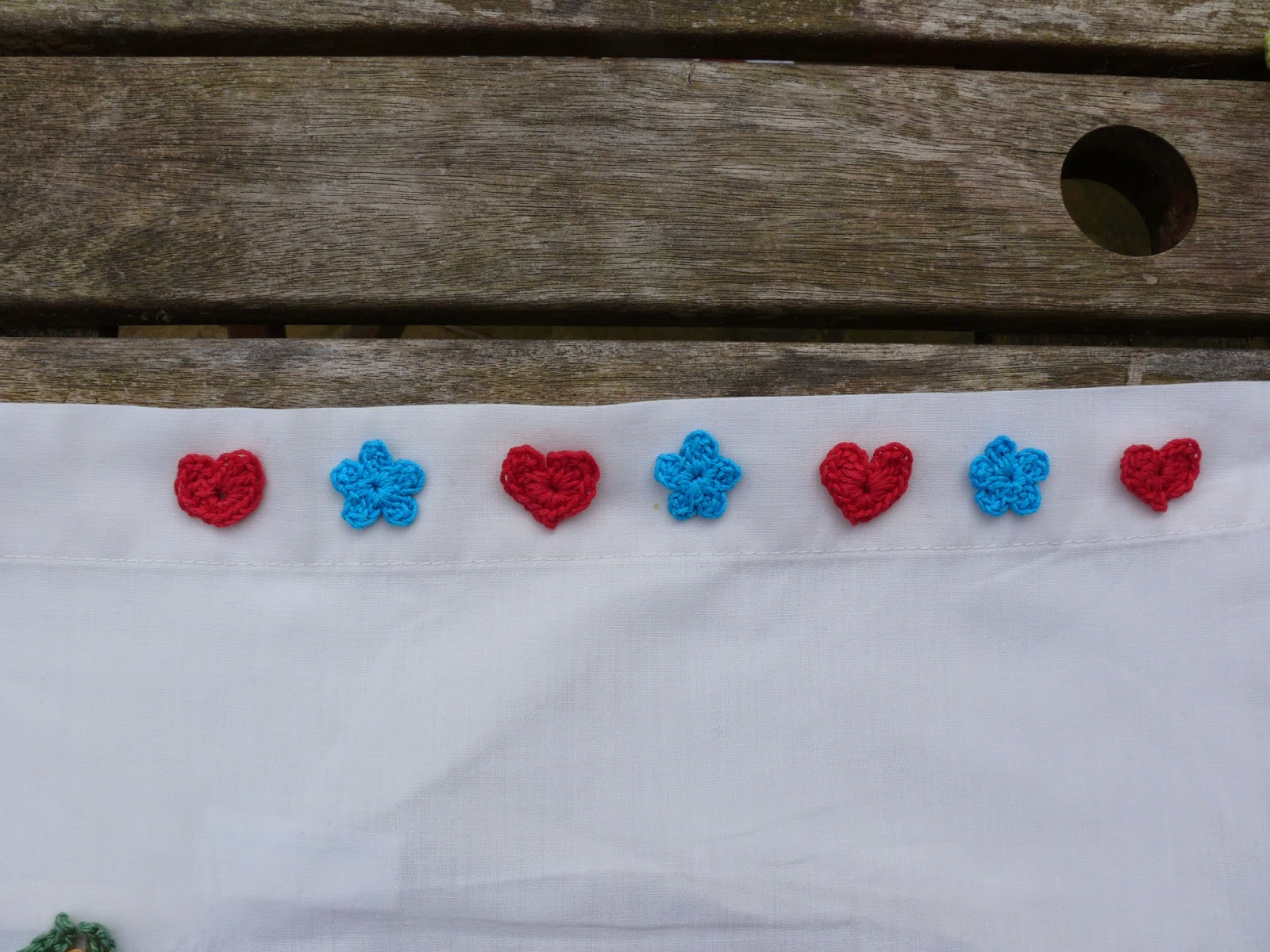 I have put these on an old pillow case because I think that they will make nice linen decorations. 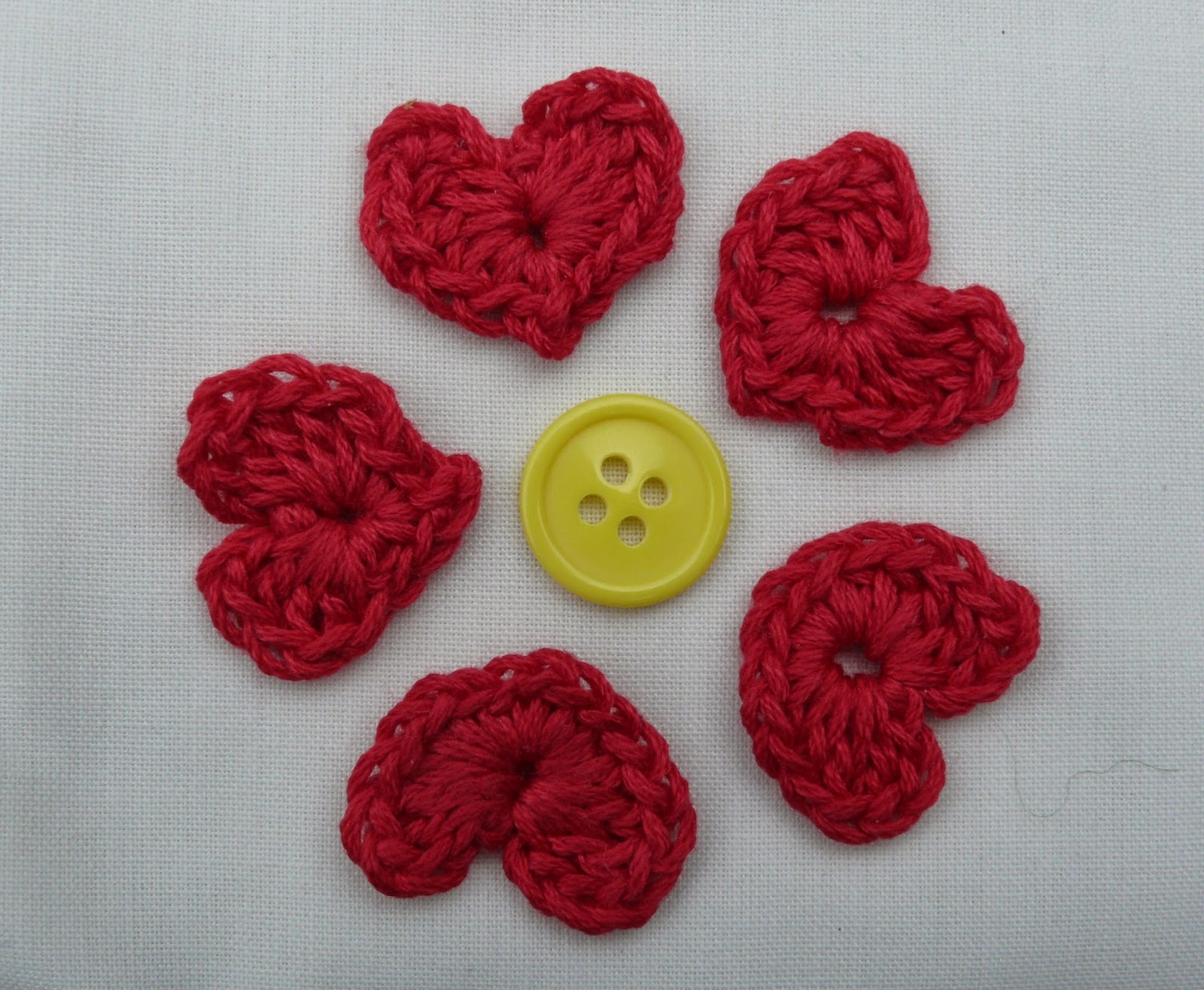 I had crocheted a centre for these but I had the iron too hot and it got melted - must have been made of some man made fibre. The hearts are made from 4ply cotton. It has just occurred to me that you could make green hearts and they would make nice leaves for some flowers eg. violets. 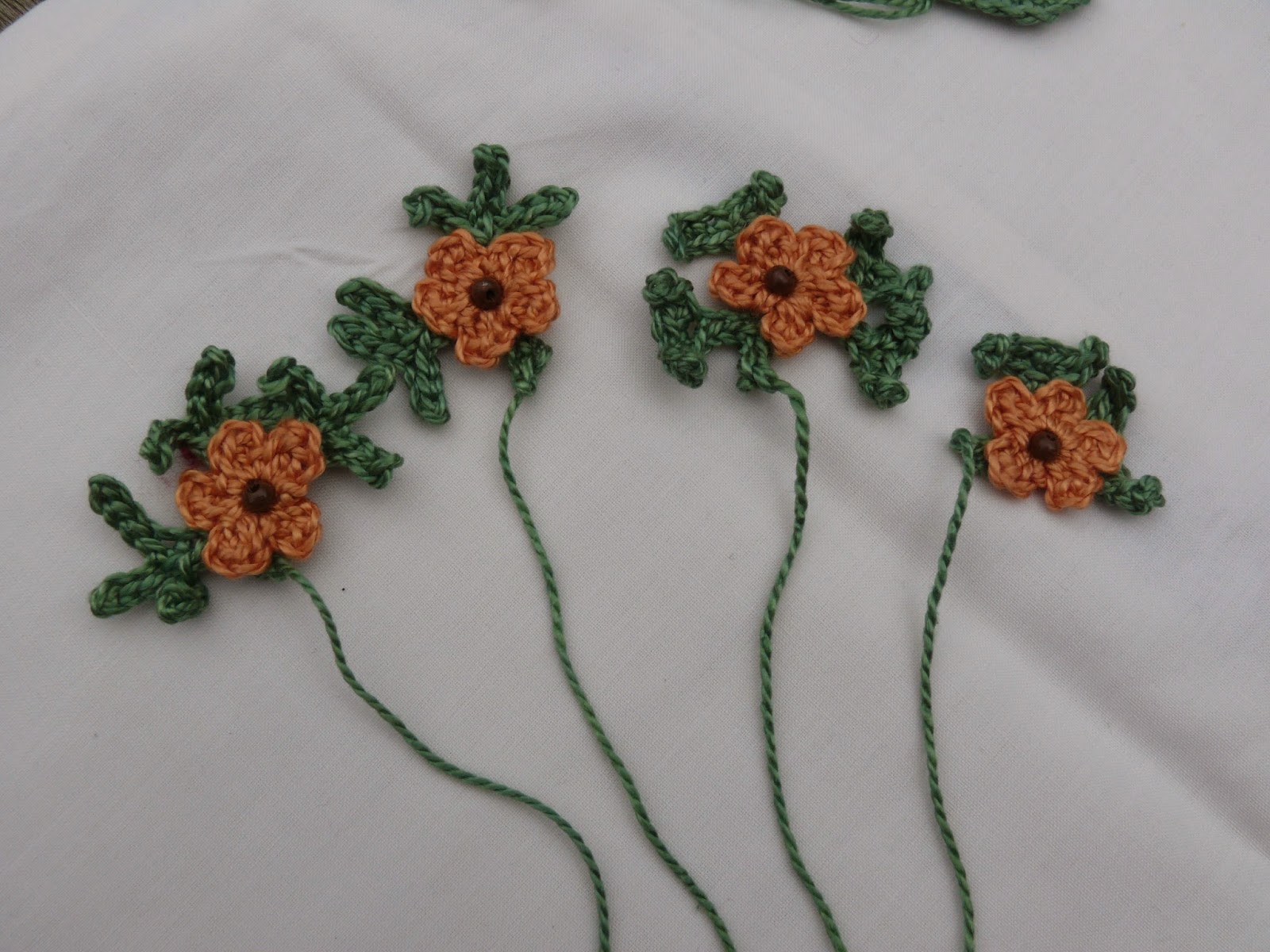 I will write the pattern for these leaves next time. 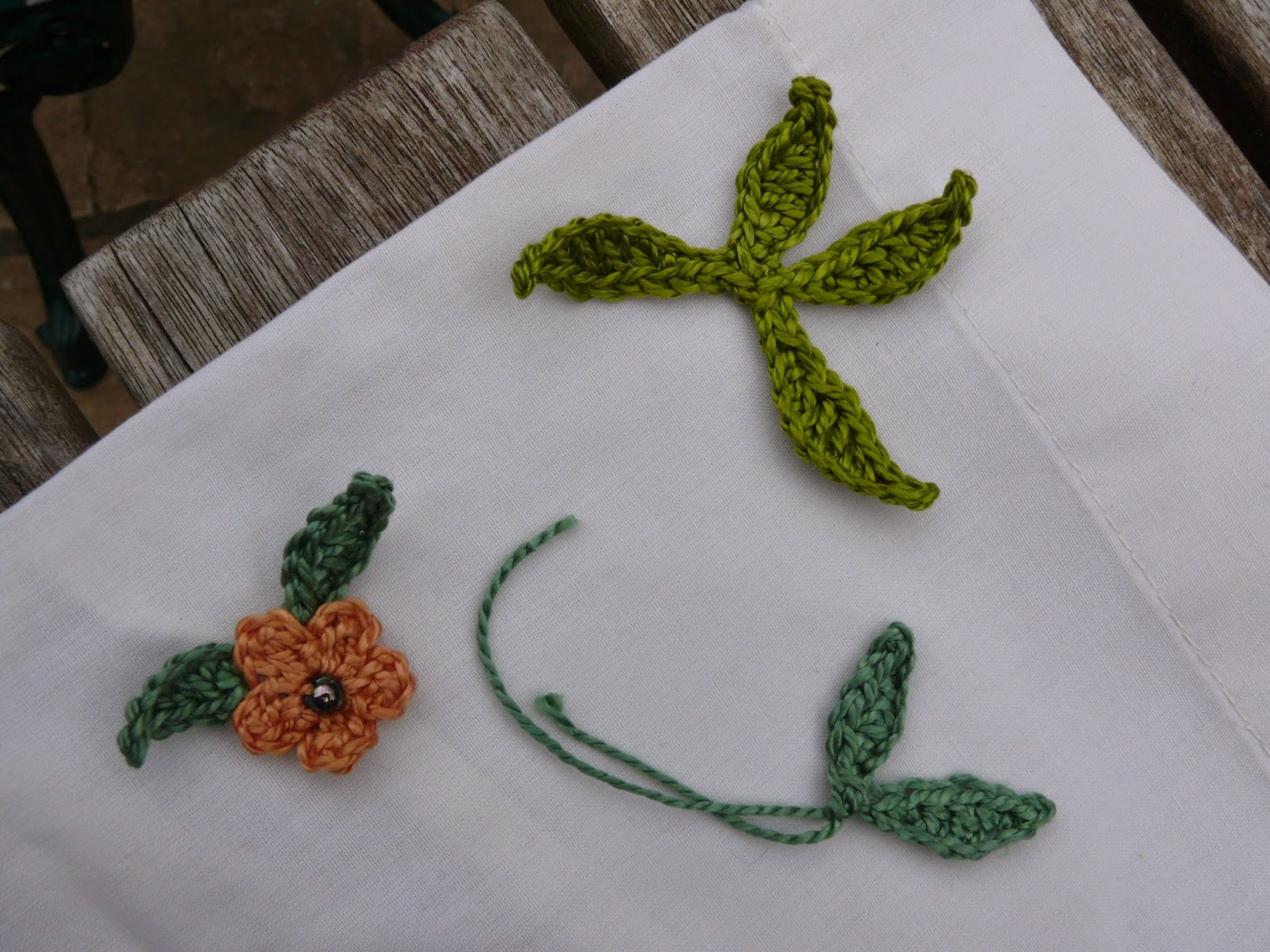 I am going to try to put together a collection of one row patterns so watch this space. 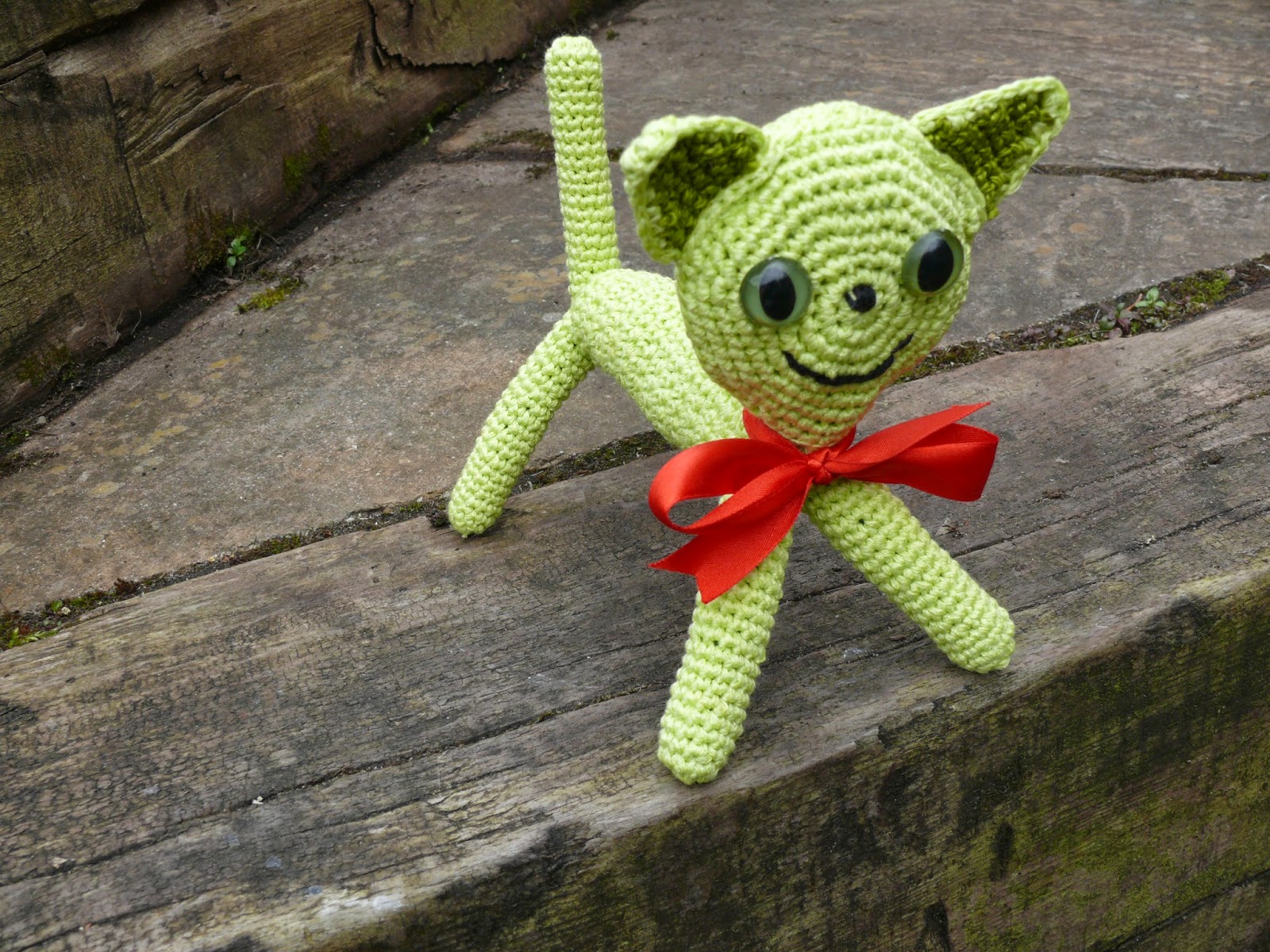 My other project this week. 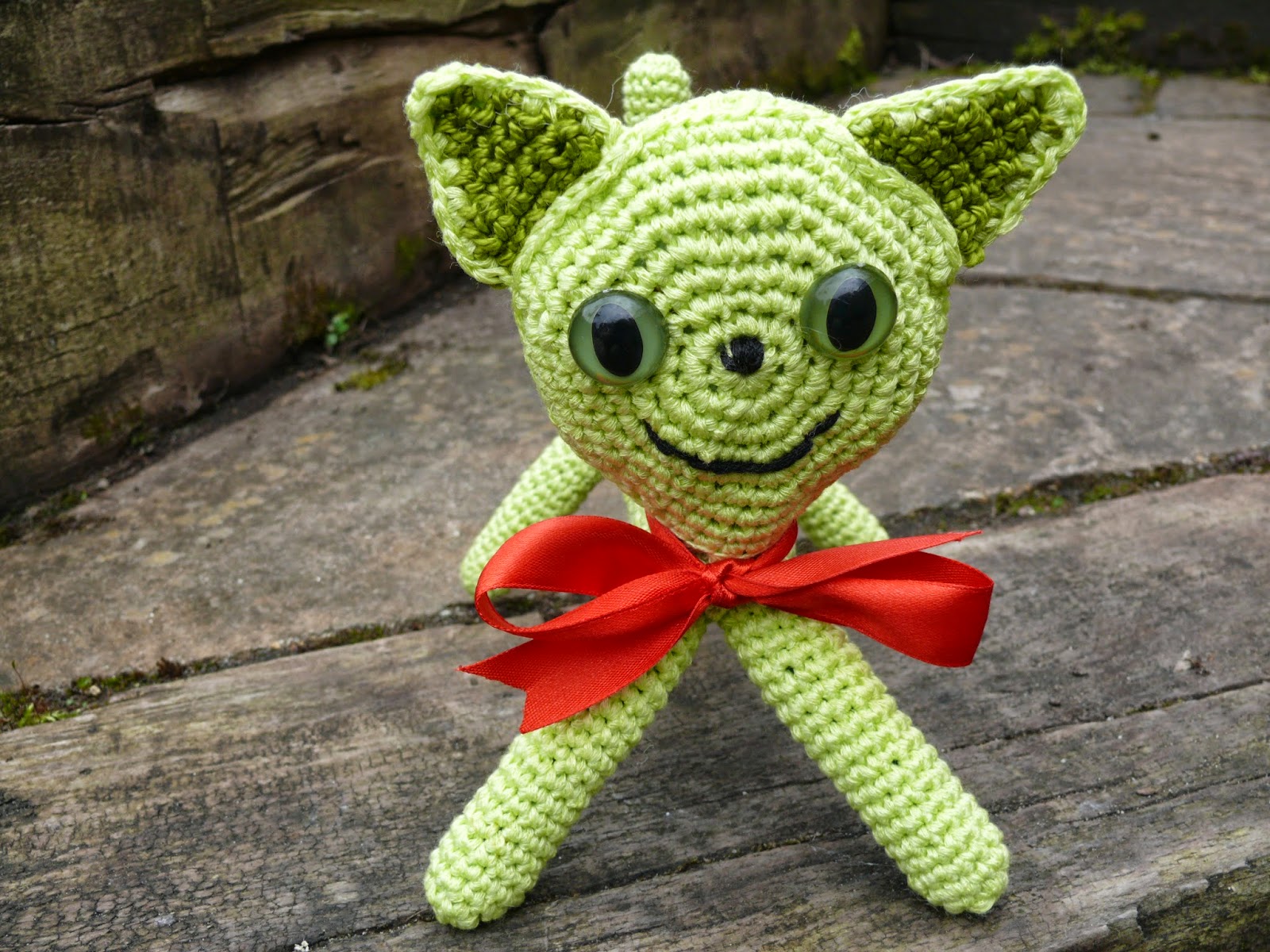 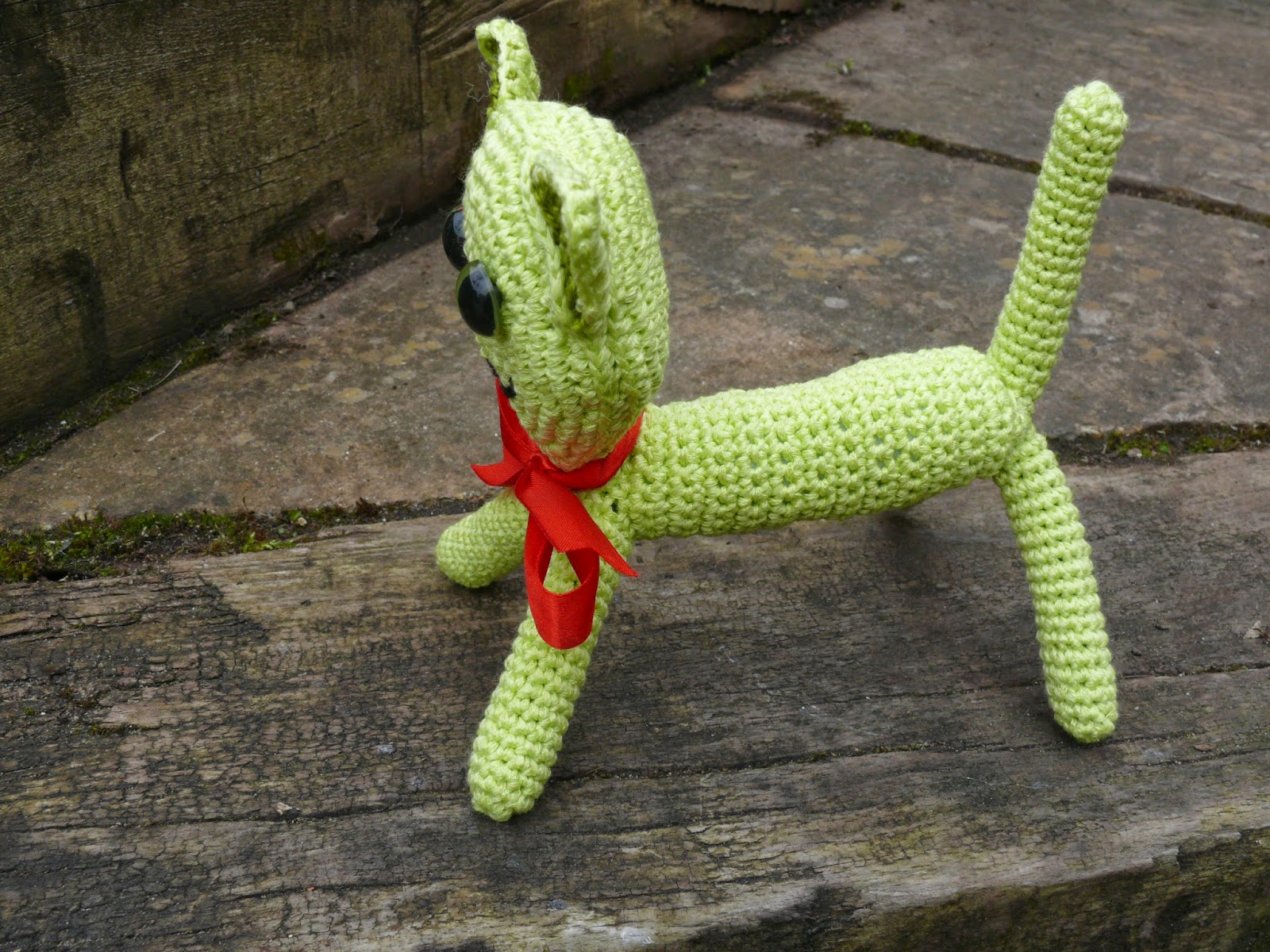 I have had the skeleton for this cat lying about for ages - it is made from 3 bendy hair curlers - so since I am going through a finish your projects faze (AGAIN) I did, finish him that is. Don't you think he looks cheerful and friendly? We have made a number of these for cat owners, mainly  from photographs but I must have had too much wine when I made him because no one has sent me a photo of a green cat.
Lynn

Posted by String Theory Crochet at 10:08