A new discovery and another experiment with one row.

I had final information about our next show ( Wokingham on May 5th ) this week so I had to reluctantly withdraw from free-form in order to make a few more bits and look what I discovered. 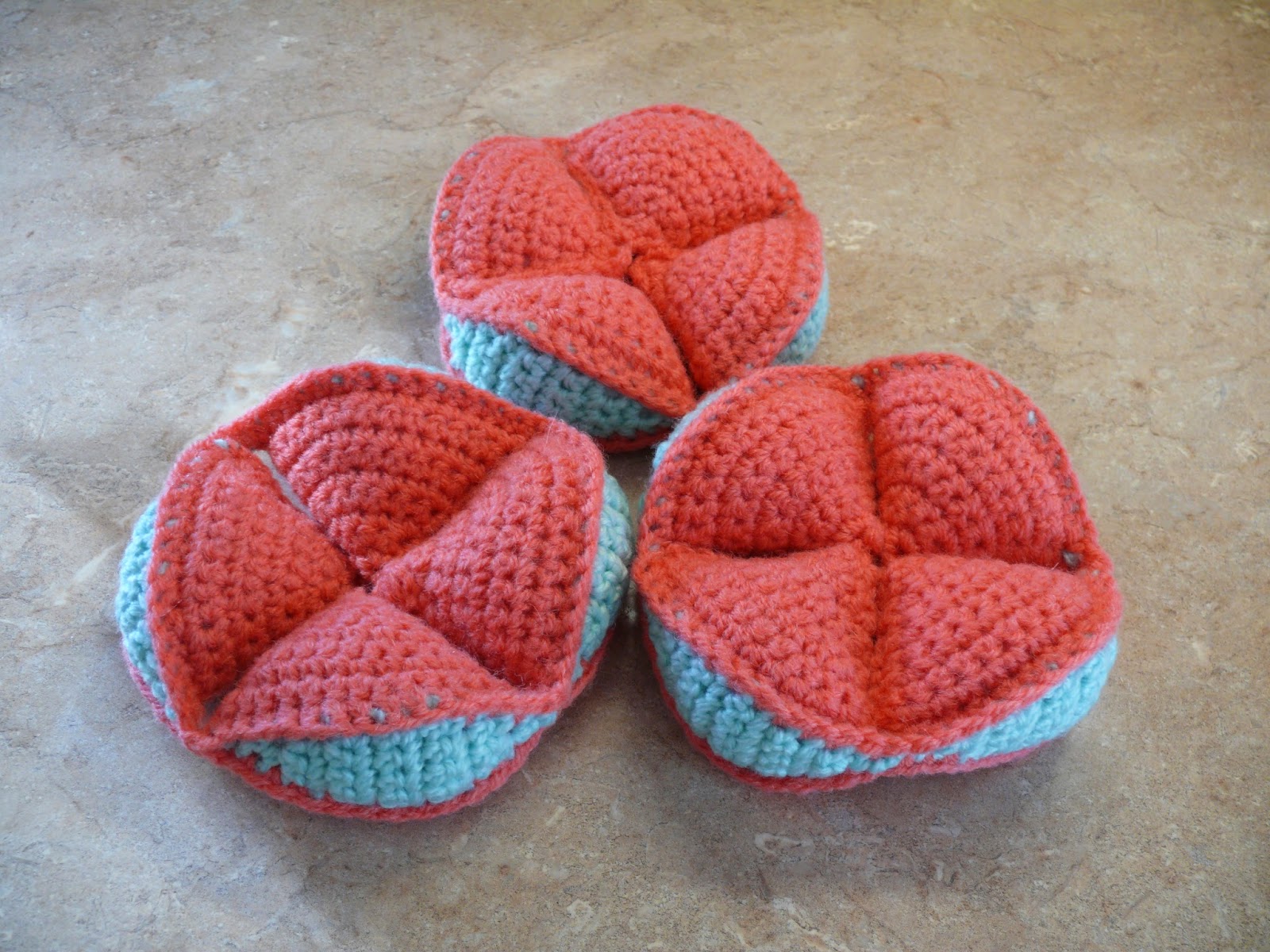 It is hard to believe that these hot cross buns can be assembled into the ball shown in the second and third pictures. 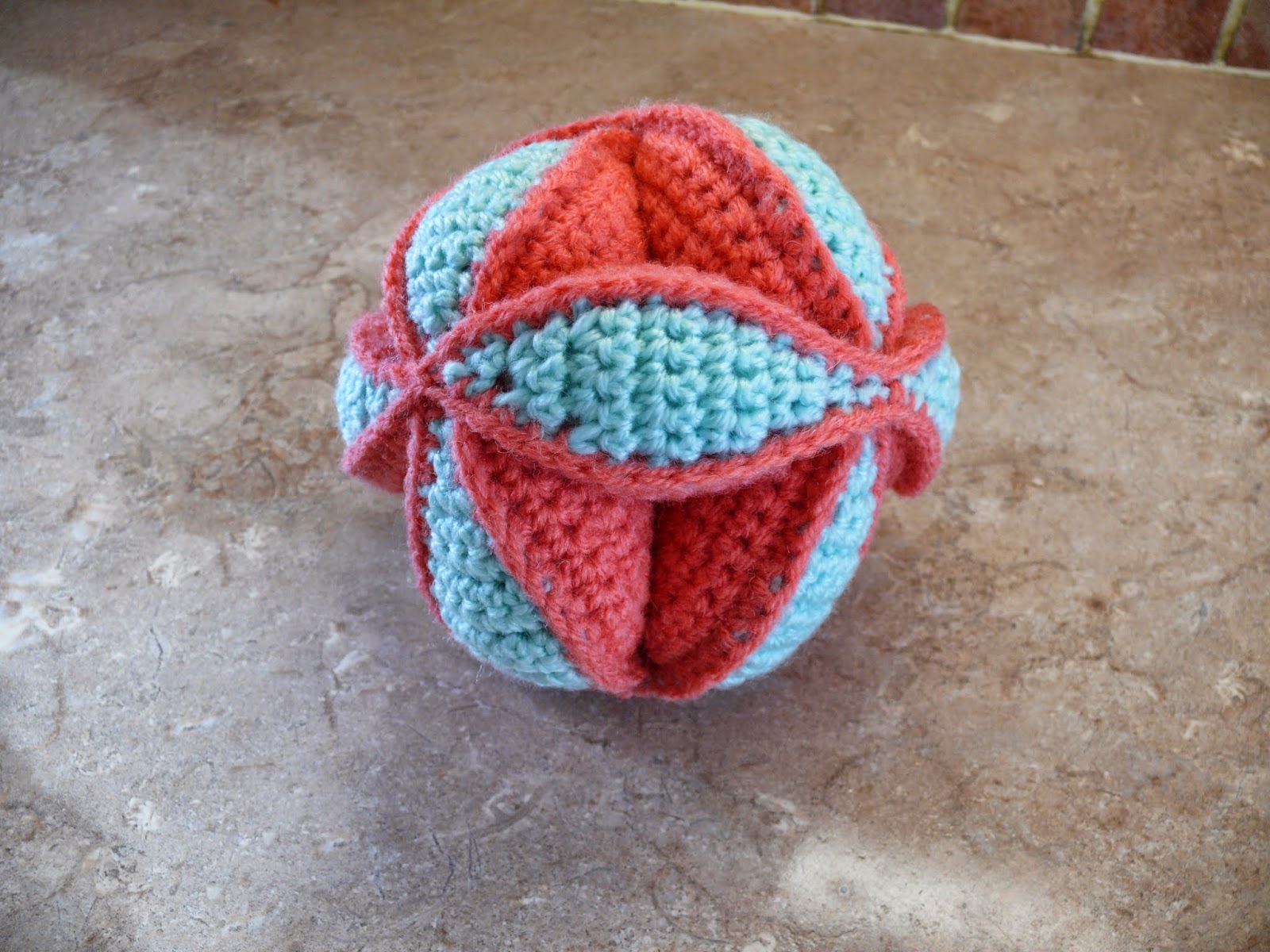 Probably the most satisfying piece of crochet I have done for a long time. I made it and it assembled easily and precisely - really good pattern. 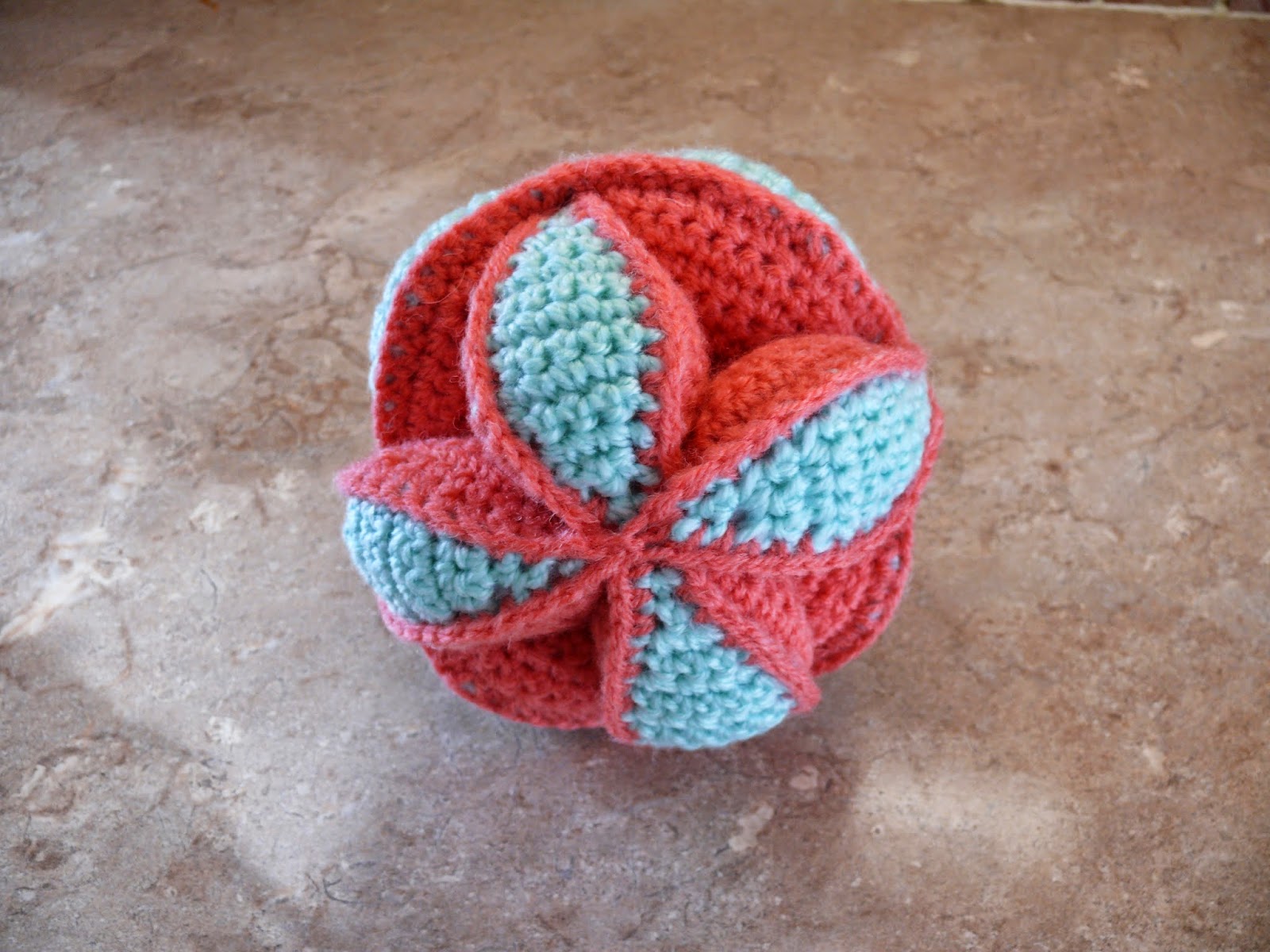 This is an Amish puzzle ball - I found the pattern on line and it is worth googling just to see the amazing variety . My personal favourite is the cross-stitch one with at least four different exquisite flowers on it. 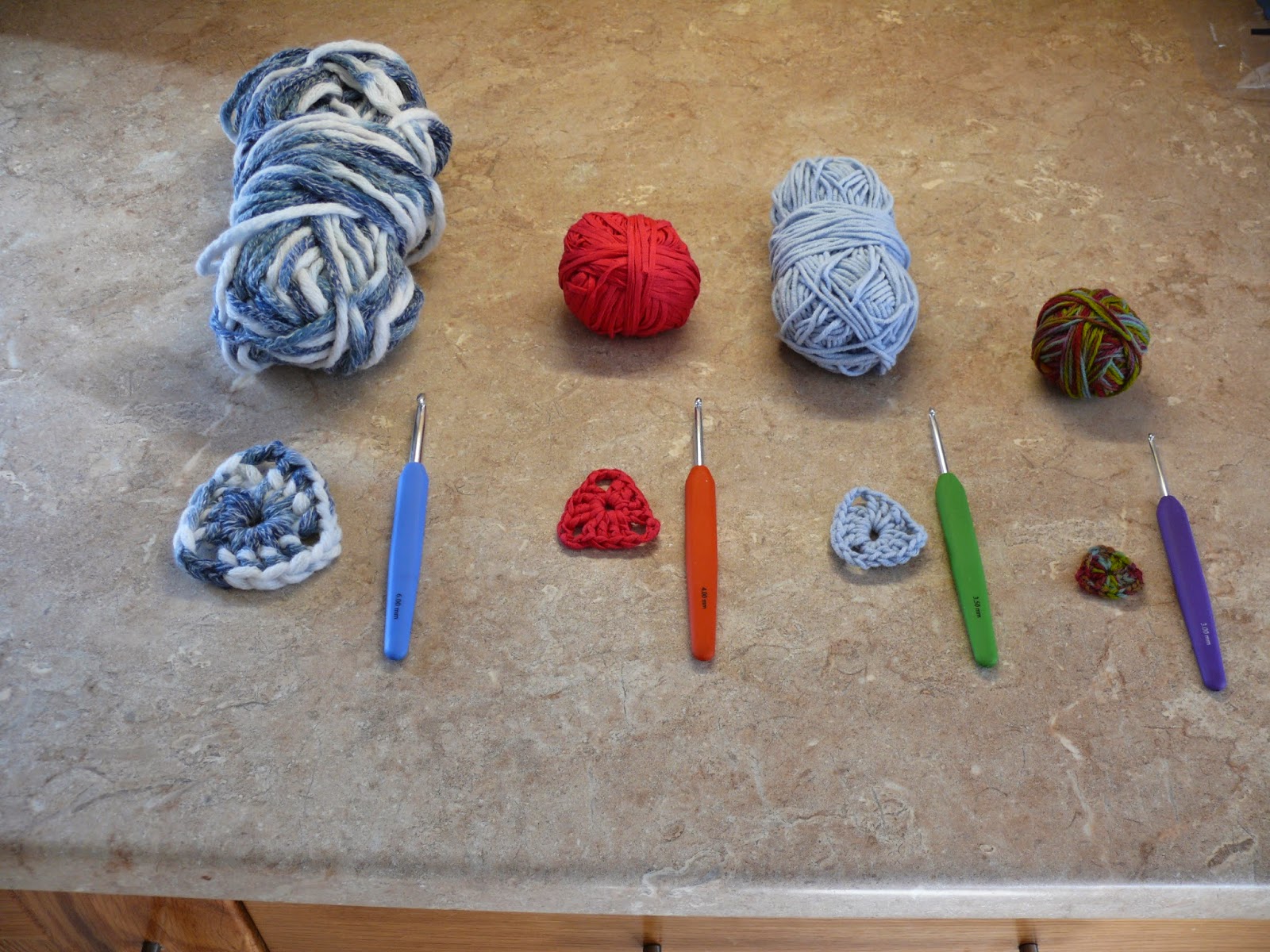 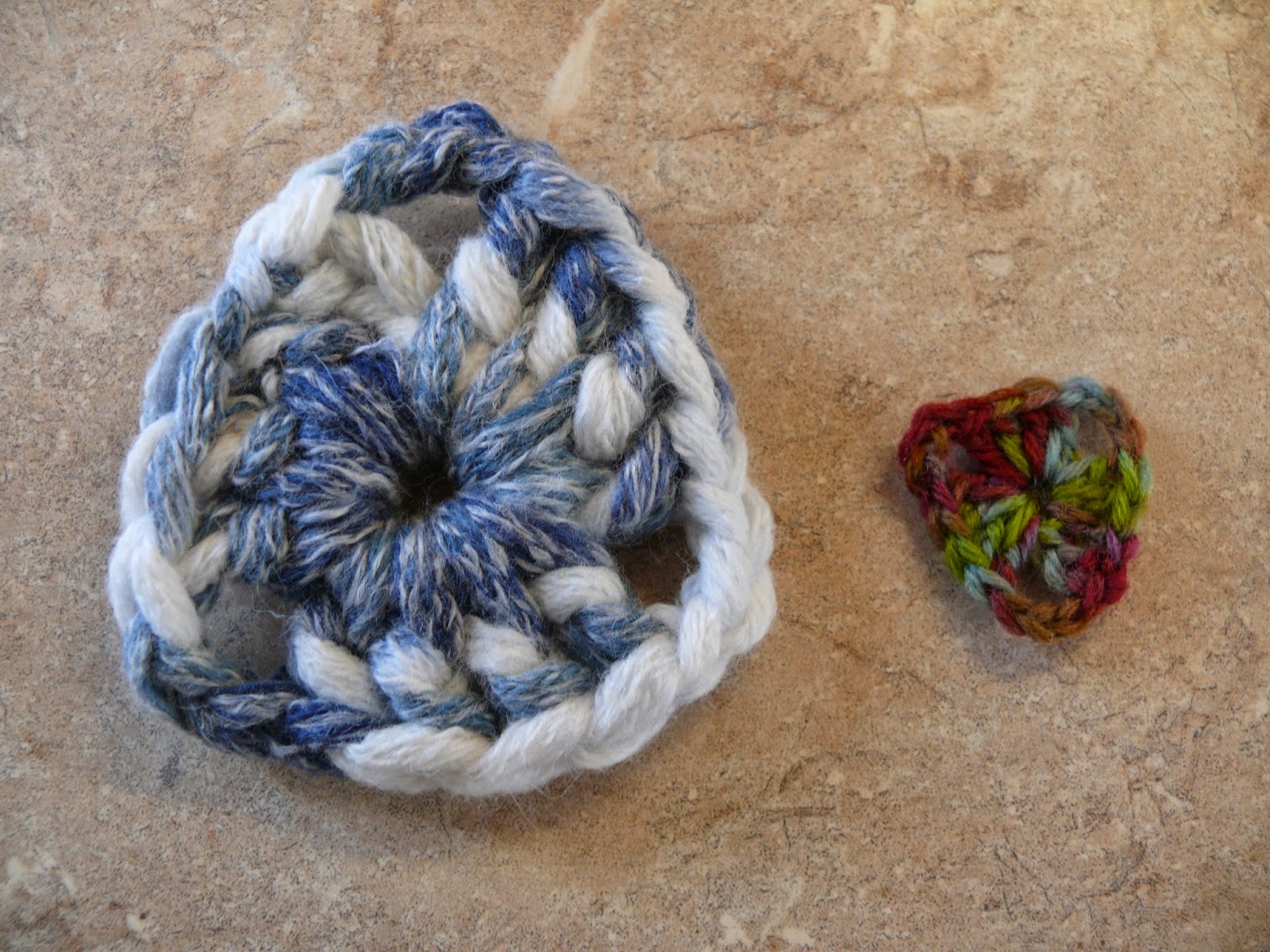 I have also been experimenting with another one row pattern which makes a triangle. These are all the same pattern but different weight yarns and  an appropriate hook. Isn't it amazing how different the sizes are.
Pattern: ch 4 and join into a ring with a ss.
ch 3, 3 tr into the ring, (ch 3, 4 tr into ring ) x 2, 3ch join with a ss to the top of the starting 3ch.


The biggest and the smallest: 6mm hook and super chunky yarn, 3mm hook and 4ply yarn

The other two were made with tape yarn ( red ) and a lovely soft dk. cotton.( blue )

I have just had a lovely day with Ben and Danny and Graham. We have played crazy golf, had adventures in the adventure playground watched snakes and ladders with small boys as the counters, have eaten sausage and chips, watched my grandsons get eaten by a dinosaur and have ridden on tractors which had been cemented into the ground. But the highlight for us all was when grandad made some sand studded with gold and gems. He then gave the boys a bucket of water and my kitchen sieves so that they could pan for gold. I knew my huge bead collection would come in useful, but I never thought they would end up being sieved out of sand!
Lynn

Posted by String Theory Crochet at 20:30