The main reason we crochet is because we love it. It is an amazing feeling to produce something which is useful or beautiful or even that other people want. These days we mainly crochet for selling and in Vicky's case it is a large part of her income but just occasionally we make something that we can't bear to sell even though it is not really useful and certainly not beautiful. I made this for Daniel (grandson) years ago, he didn't really use it. We have taken it to shows with the intention of selling it but somehow it always comes home with us. 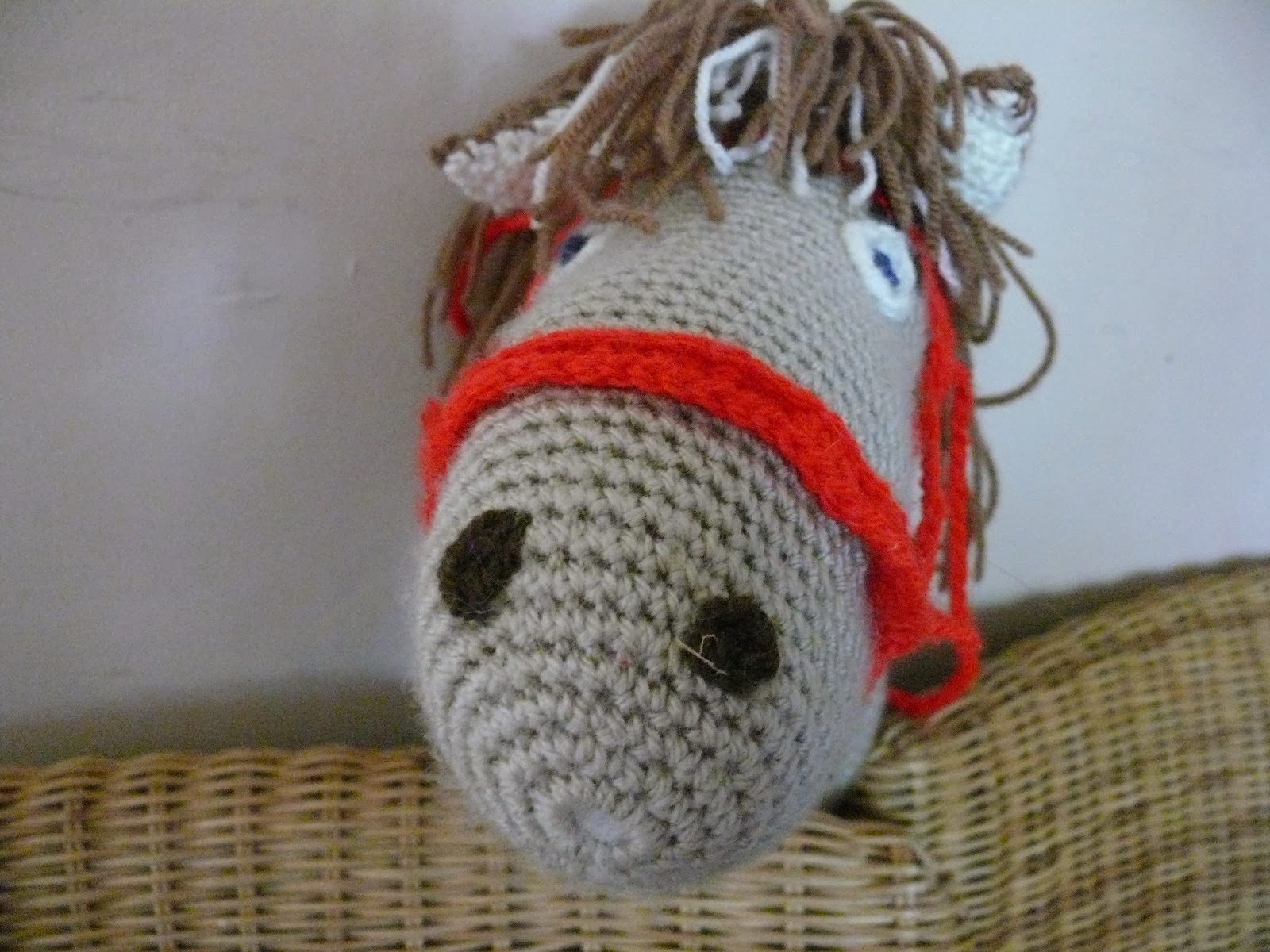 He is what used to be called a hobby horse. I am impressed by the fact he even has straw in his lopsided nostrils. He is becoming rather tatty now but we still love him. 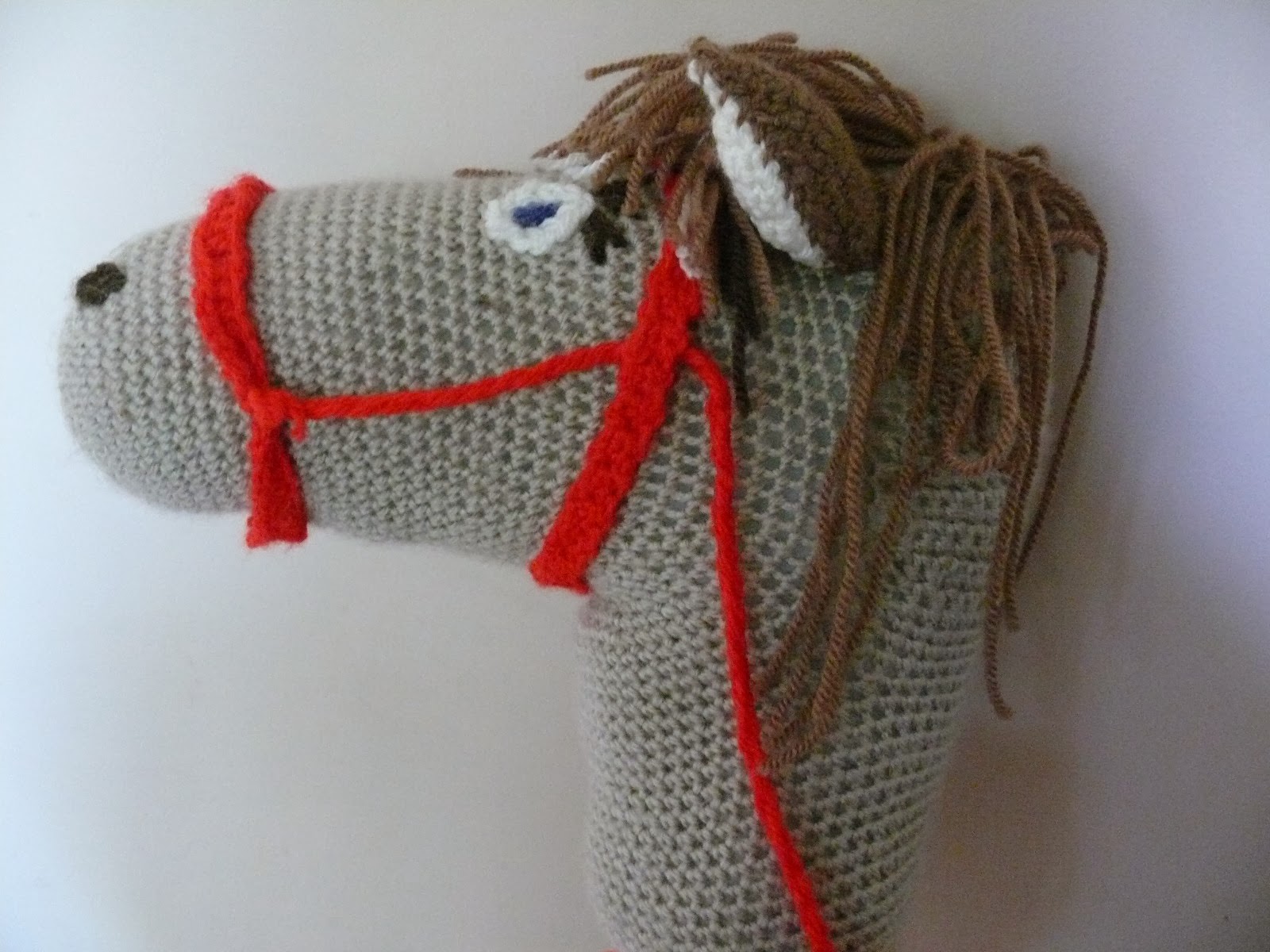 The reason for all this nostalgia is that at the moment all our crochet is at my house and I decided that we had to get rid of some of it so I have been sorting it into piles labelled, 'keep for shows', 'sell on ebay' and 'donate to charity shop'. But I found I had to have another pile of 'keep because I am sentimentally attached to it' and dobbin is an example of this category.

Anyway this week I have been working on a larger project than usual: 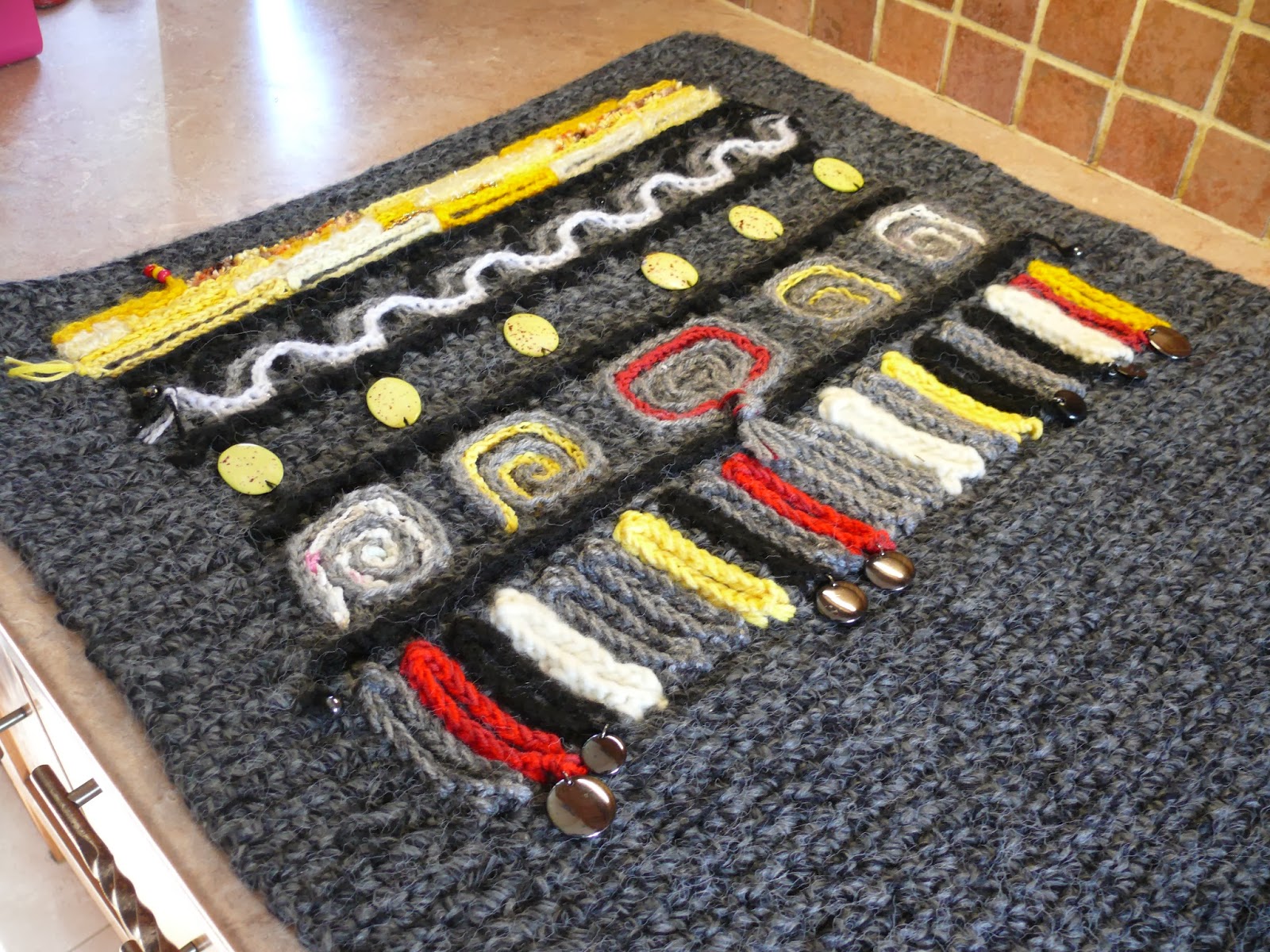 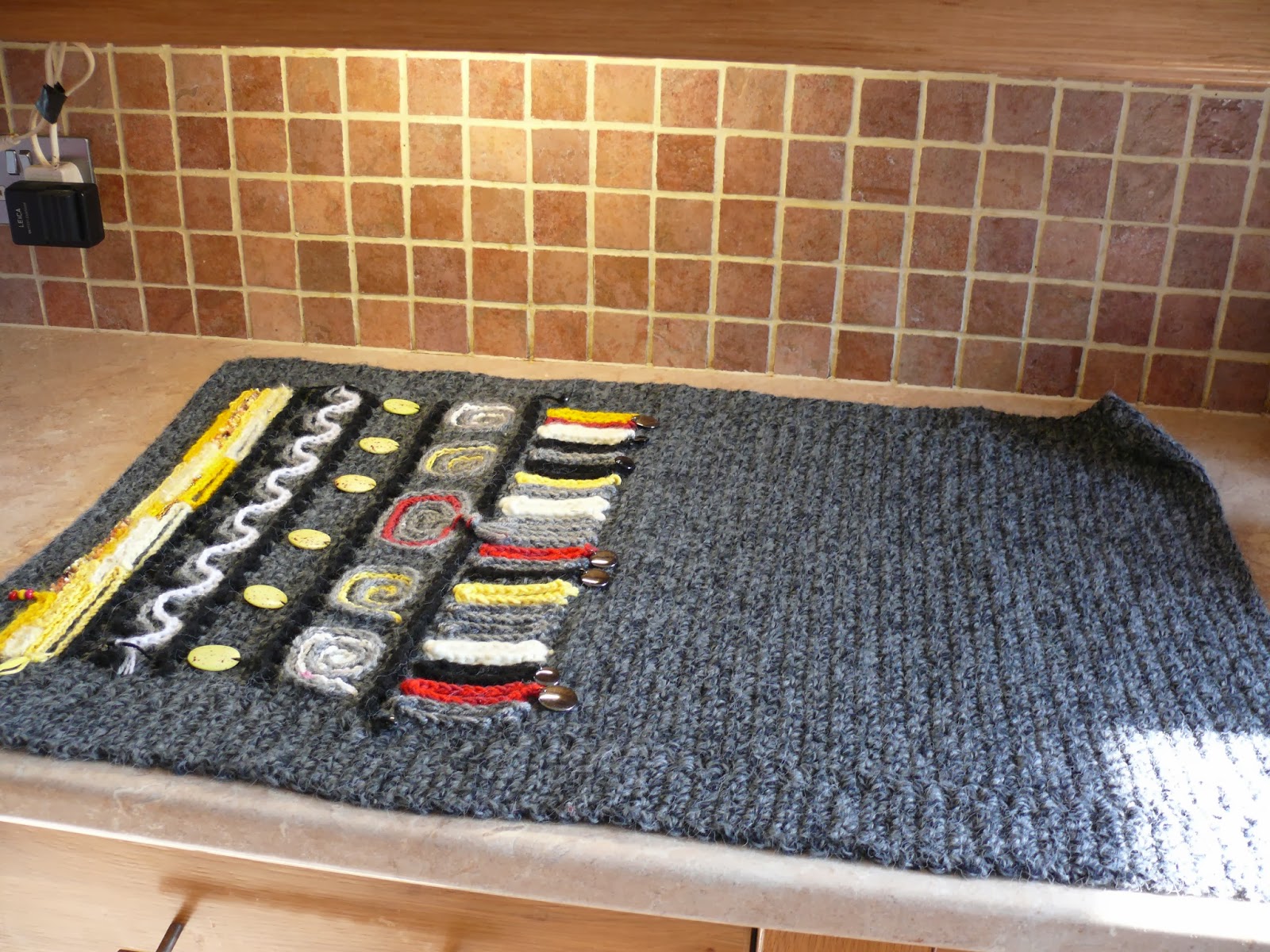 This is another surface crochet wall hanging - obviously not finished yet.

This is a good illustration of another of my bug bears, that is weaving in ends, This kind of work produces about a million ends per hour. 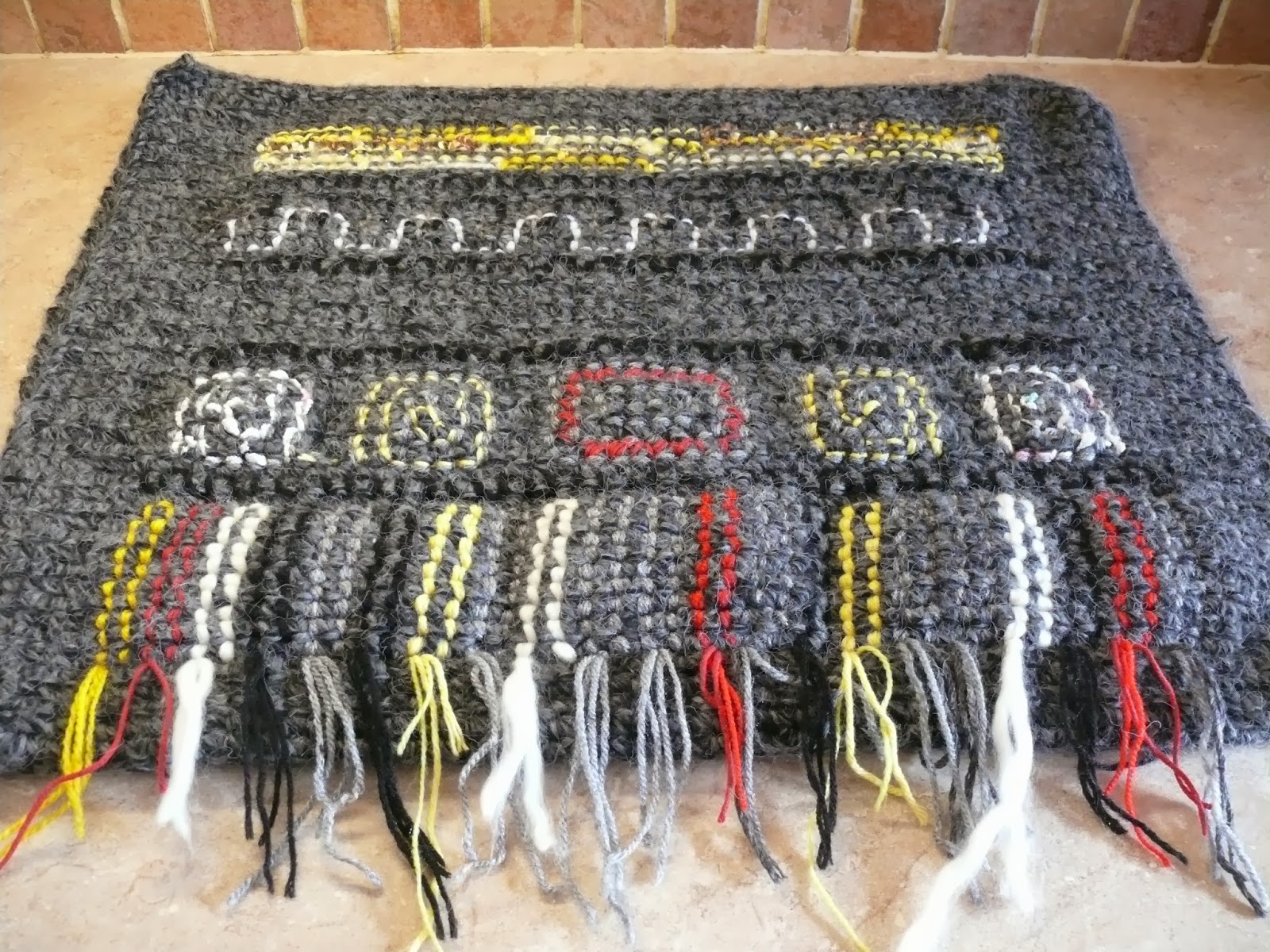 This is the back view showing the ends that need dealing with for just one of the rows. The nice thing about wall hangings is that the ends can become part of the design. I have tried to show this with the photographs below. 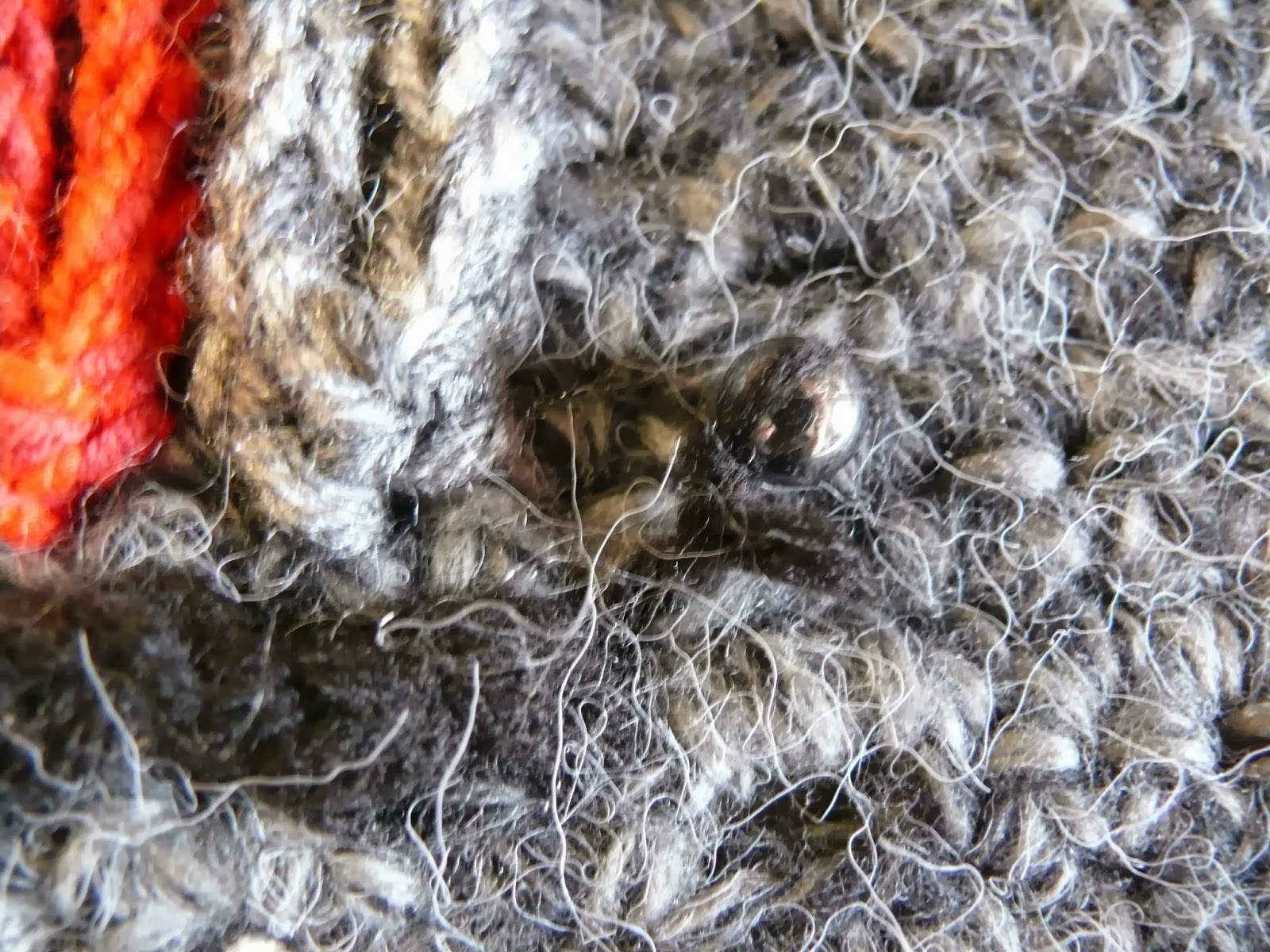 I have made a few of these and they all end up looking like an ethnic tapestry type thing. Here is another one that I used in a previous blog but it is another example of the first theme of this blog - we can't bear to sell it / give it away etc so it is now hanging on the wall in Vicky and Stu's house. 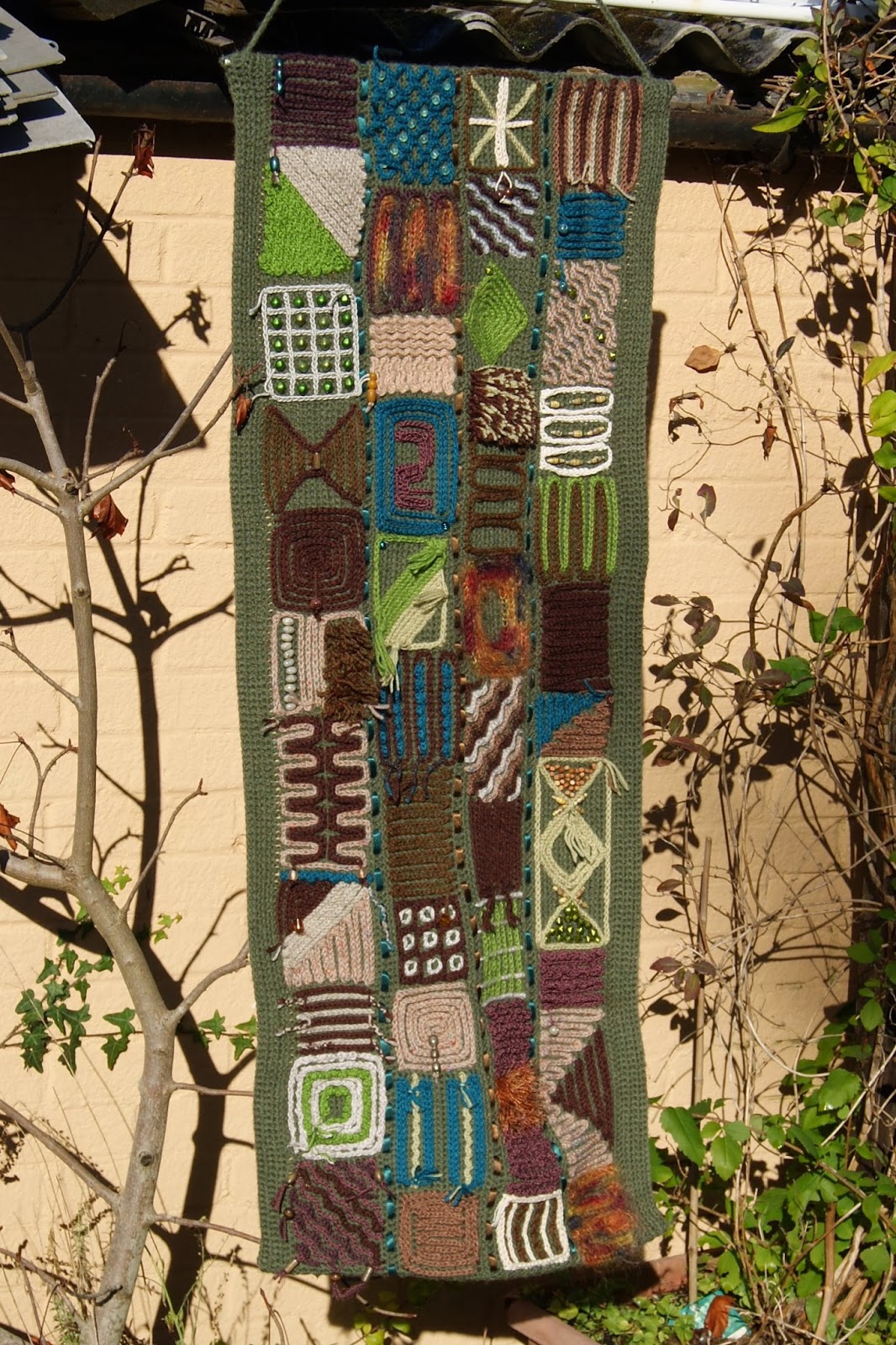 This was another attempt at better photography. Once someone tried to order 200 of these for an hotel - another case of not really understanding the time something like this takes or even the fact that each one is different.

(This picture doesn't do it credit.  It is a really beautiful piece and I have claimed it for my living room wall - Vicky ) 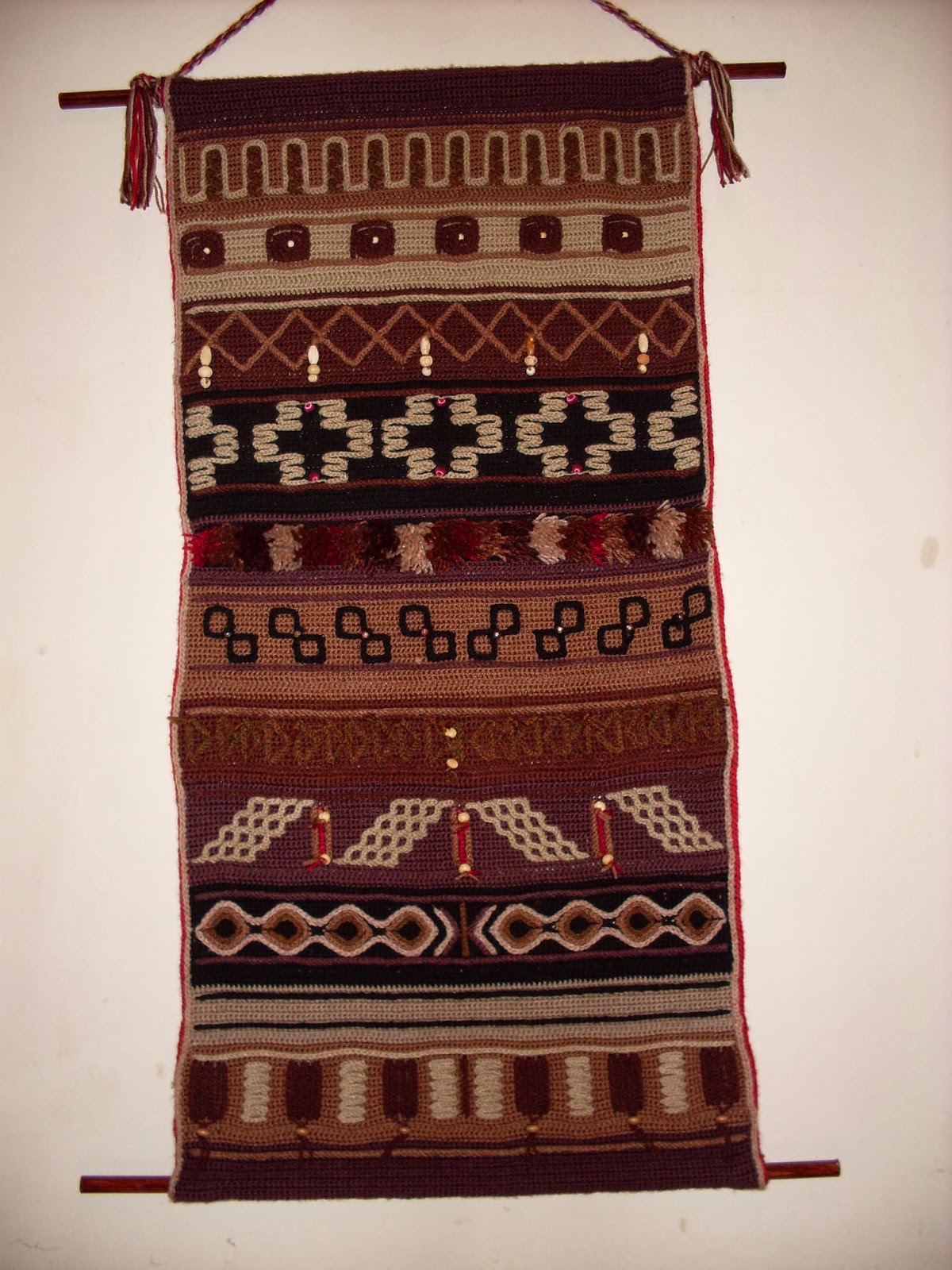 This one is sold and even more like an ethnic piece of work, I even had an Indian lady tell me that it had come from her country - I didnt tell her it was actually made in Berkshire!

Posted by String Theory Crochet at 10:52