Can We Make a Cat - Well Maybe.

You know those bendy hair curlers, well look what they can be. 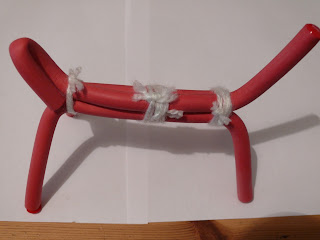 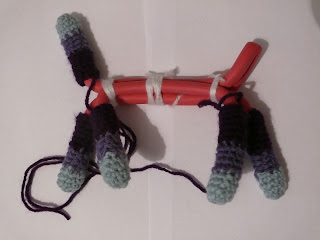 Crochet covers for the  legs and tail - I found that 8dc in a ring using double knit and a 3mm hook, covered nicely.﻿ 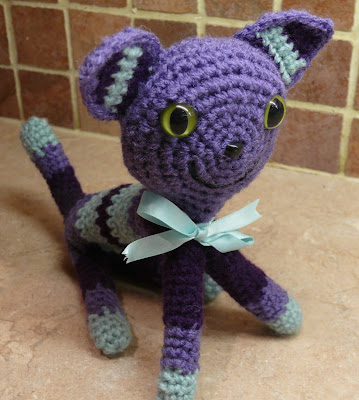 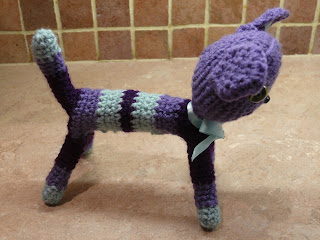 The body is just a flat piece of crochet. Sew this around the body and attach to legs and tail.
I also made a cover for the neck which was also attached to the body piece.Finally make the head - two circles- put on the face, stuff and then attach to neck. Make and attach ears. You now have a toy that can change its position, they used to be called bendy toys.

Sorry to be long winded but it is an experiment that I have wanted to try for sometime and Vicky said people were asking if we can make cats so I tried. I am not sure that I have made a cat but isn't he friendly and nice. Whatever he is I am not sure I can bear to give him away.
Now I am going to make a bendy snake - that should be easier!!
Lynn
Posted by String Theory Crochet at 18:37